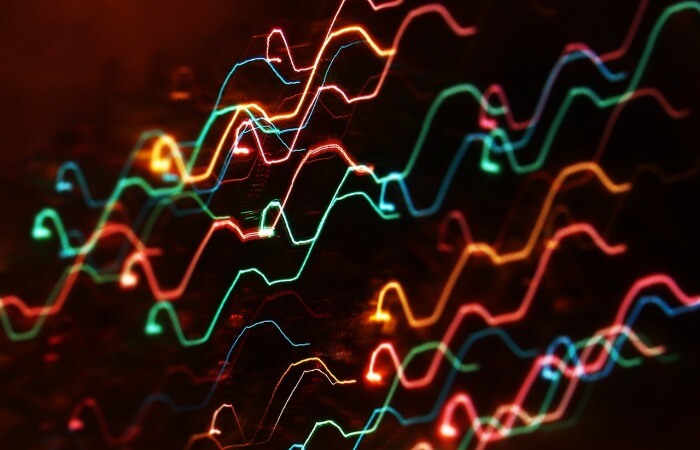 The Seebeck effect is the phenomenon of emergence in a closed electrical circuit of the thermal EMF at the ends of series-connected dissimilar conductors, contacts between which are at different temperatures.

The Seebeck effect – a phenomenon (the effect) occur in a closed electrical circuit of the thermal EMF (electromotive force) at the ends of the series-connected heterogeneous (of different materials) conductors, contacts between which are at different temperatures. The chain, which only consists of two different conductors, called a thermal element or thermocouple.

This effect was opened in 1821 T. I. Seabeam and named after its discoverer.

Physical explanation of Seebeck effect is the following. If along a conductor there is a temperature gradient, electrons at the hot end gain higher energy and speed than in cold; in semiconductors in addition, the concentration of conduction electrons increases with temperature. The result is a flow of electrons from the hot to the cold end and the cold end accumulates a negative charge, and the hot is not compensated by the positive charge.

The process of charge accumulation continues until, until the resulting potential difference will not cause the flow of electrons in the opposite direction, is equal to the primary, whereby equilibrium is established.

When the electric circuit is closed, it flows an electric current (called thermotoga), and the change of sign of the temperature difference between the contacts is accompanied by a change in the direction of thermotoga.

The appearance of thermo-EMF in effect Seebeck due to three reasons:

1) the temperature dependence of the Fermi level, which leads to the appearance of the contact component of thermo-EMF;

2) diffusion of charge carriers from the hot end to the cold that defines a large part of the thermal EMF;

3) the process of entrainment of electrons by phonons, which yields one more component of the phonon.

The magnitude of thermal EMF depends on the absolute values of the temperatures of the hot and cold contacts (T1, T2), the difference between these temperatures and the nature of the materialsconstituting the thermocouple.

In a small temperature range, the thermo EMF (E) is determined according to the following formula:

α12 – thermoelectric ability of the pair (the coefficient of thermo-EMF) of metal 1 relative to metal 2, which is the characteristics of the two metals of the thermocouple. Measured in µv/K (microvolts/Kelvin).

Accordingly, the coefficient of thermal EMF is determined by the direction of thermotoga. Termotek flows from the metal with less value, to the metal with great value.

The value of the thermal EMF of metals and alloys is very small (of the order of several µv/K). For semiconductors thermal EMF can exceed 1000 µv/K.

The values of the coefficient α (thermal EMF) metals and alloys relative to Pb (lead):

* The “+” sign indicates that the current flows from the Pb to the metal through a heated junction and a sign ” – ” through cold junction.