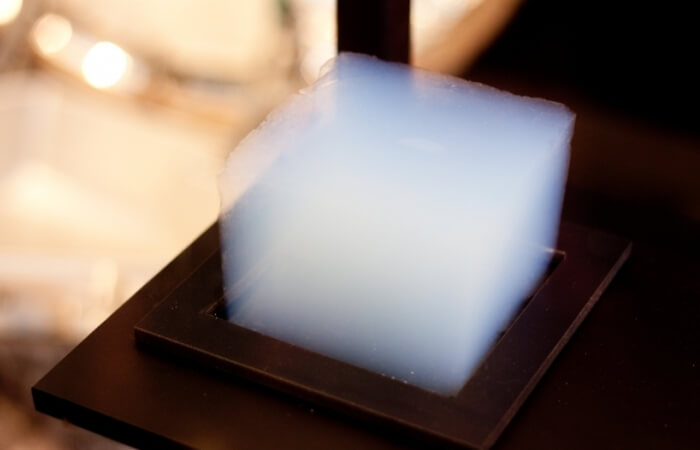 Aerogel is a class of materials, which is a gel.

Aerogel is a class of materials, which is a gel in which the liquid phase is completely replaced by gas, resulting in substance has the lowest density, only one and a half times greater than the density of the air, and several other unique qualities: toughness, transparency, heat resistance, extremely low thermal conductivity and lack of water absorption.

Aerogel. What is this stuff?

Properties and advantages of aerogel

The use of aerogel

Aerogel, what is this stuff?

The aerogel (from the Latin. aer — air and gelatus — frozen) are a class of materials, which is a gel in which the liquid phase is completely replaced by gas, resulting in substance has the lowest density, only one and a half times greater than the density of the air, and several other unique qualities: toughness, transparency, heat resistance, extremely low thermal conductivity and lack of water absorption.

Often aerogel called “frozen smoke” because of its appearance. In appearance it is like frozen smoke. To the touch , an aerogel resembles a lightweight but rigid foam, something like foam.

Aerogel is a tree network of clusters of nanoparticles of 2-5 nm in size, rigidly connected to each other. This frame is a small part of the volume from 0.13% to 15%, everything else falls on the pores.

Aerogels are a class of mesoporous materials.

Common aerogels of different nature: inorganic – based on amorphous silicon dioxide (SiO2), and alumina (Al2O3), graphene (called aerographer), graphite (called airbrushing), as well as oxides of chromium and tin, and organic – on the basis of polysaccharides, silicone, carbon. Depending on the basis of the aerogels show different properties. However, there are General properties common to the entire class of this material.

As the heat insulator is made in the form of mats, rolls.

Properties and advantages of the aerogel:

– aerogel is a solid material. It can withstand a load of 2,000 times its own weight, 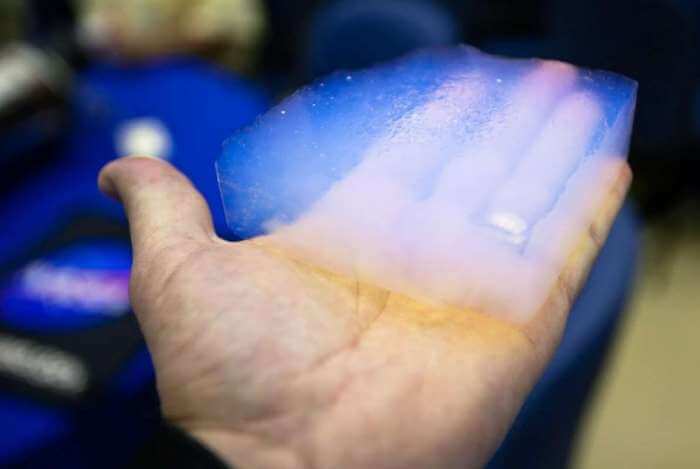 – has a low young’s modulus,

– does not shrink, resistant to deformation, has a high tensile strength,

– some types of aerogel are an excellent sorbent. They are 7-10 times more effective than popular modern sorption materials

– is sustainable with a porous material. The volume of the pores inside the aerogel ten times the volume occupied by the material. This property allows the use of aerogel of a specific composition as a catalyst in chemical processes to produce organic compounds. On the other hand, its large internal capacity can be used for safe storage of certain substances, for example, rocket fuel, oxidizer,etc.,

– has a high heat resistance and temperature resistance. Has a wide operating temperature range – from -200 °C to +1000 (1200) °C Without loss retains thermal and mechanical properties when heated to at least 1000°C,

– is non-combustible material. May also be used for fire protection of different designs

– transparent (silica aerogel). Has a refractive index of light from 1.1 to 1.02. It is possible to produce various types of glass,

– has a sufficiently high hardness,

– the chemical composition of the aerogel can be adjusted easily enter into the composition various additives, which opens up new possibilities for its use,

– at the same time is a fragile material.

The application of aerogel:

– scientific research in the field of nuclear physics,

Innovation based on aerogel:

So scientists created a device to collect solar heat, which is able to accumulate solar energy and provide high temperatures (over 200 °C) even in winter, at low temperatures. This device can replace the solar collectors. The device works in the passive mode and consists of aerogel (top layer) and heat absorbing dark material (bottom layer). The light passing through a layer of aerogel, heats the bottom layer of heat absorbing dark material.

Scientists proposed the concept of terraforming the individual regions of the planets: Mars, moon, Venus, etc. by creating artificial domes or screens from a layer of aerogel made of quartz with a thickness of 2-3 cm, Such a dome or screen of the aerogel is able to pass 95% of visible light, delaying thus to 99.5 % of the radiation up to 60 % of UV radiation. The dome will help create the atmospheric greenhouse effect, maintaining the desired temperature. 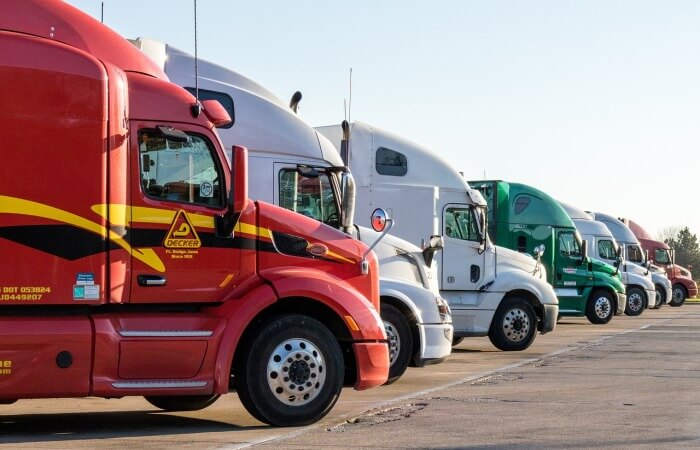 The technology of automatic repetition of vehicles 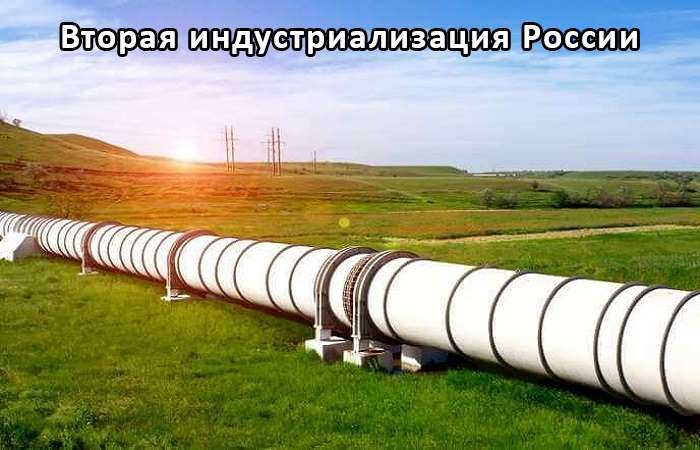 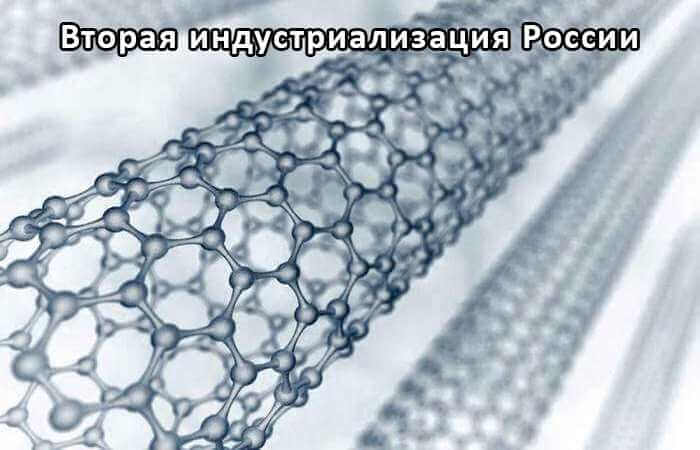