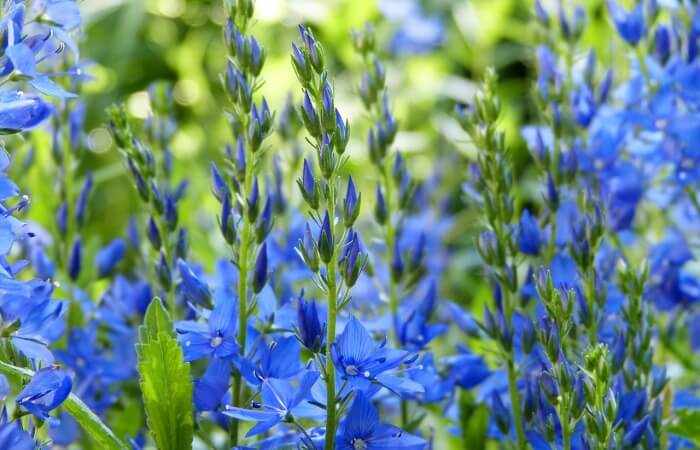 Obtaining of ammonia in industry and laboratories

The application and use of ammonia

Ammonia (NH3) is the most simple and stable compound of nitrogen and hydrogen.

The chemical formula of ammonia NH3. Isomers has not.

The structure of the ammonia molecule: 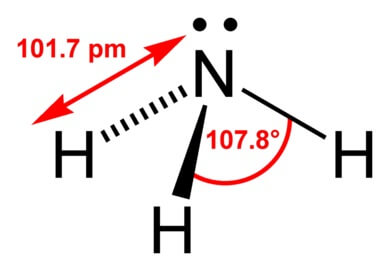 The shape of the ammonia molecule resembles a trigonal pyramid, the top of which is a nitrogen atom. Three unpaired p-electron of the nitrogen atom involved in the formation of polar covalent bonds with the 1s electron of three hydrogen atoms (N−H), the fourth pair of outer electrons is unshared, it can form a covalent bond at the donor-acceptor mechanism with the hydrogen ion forming the ammonium ion NH4+. A non-binding two-electron cloud, strictly oriented in space, so the ammonia molecule has a high polarity, which leads to its good solubility in water.

Ammonia – under normal conditions is a colorless gas with a sharp characteristic smell (the smell of “ammonia”).

Ammonia – a toxic fuel is a gaseous substance having a property to form when in contact with air an explosive mixture.

Easier air. Density compared to the density of the air of 0.59. Thus, ammonia is almost twice (1.7 times) lighter than air. It can be assembled in upside-down vessels.

Ammonia is a flammable gas. Flammable and explosive. In pure oxygen, ammonia burns with a pale yellow flame, turning mainly into nitrogen and water. Ammonia burns in the presence of a permanent source of fire. The presence of oils and other fuel increases the fire and explosion hazards this substance.

It is soluble in water as in gaseous, and liquid. The solubility of NH3 in water is extremely high – about 1,200 volumes (at 0 °C) or 700 volumes (at 20 °C) in the amount of water. Upon dissolution of the ammonia in the water a significant amount of heat.

Aqueous ammonia solution has a strong alkaline reaction due to the formation of ammonium hydroxide NH4OH.

Ammonia by physiological effect on the organism belongs to the group of substances suffocating and neurotropic action that would defeat the inhalation to cause toxic pulmonary edema and severe damage to the nervous system. Ammonia has both local and resorptive effect. Ammonia vapour irritates mucous membranes of eyes and respiratory system, and skin. Liquid ammonia or a jet of gas, getting on the human skin, causes severe burns.

Ammonia in trace quantities in nature and the planets of the Solar system. Human kidneys secrete ammonia to neutralize excess acid.

Annual global industrial production of ammonia amounts to 180 million tons. It is one of the most important products of the chemical industry. Ammonia is produced in liquid form or in aqueous solution ammonia water, which usually contains 25% NH3.

Ammonia as a liquid is a good solvent for a very large number of organic and many inorganic compounds. In liquid ammonia is well soluble alkaline, alkaline earth metals, and other simple substances, such as phosphorus, iodine, sulphur. Poorly soluble in liquid ammonia nitrate, chloride and bromide salts, and salts of sulfuric, carbonic, acetic and phosphoric acids are usually insoluble.

Pure liquid ammonia is a dielectric, therefore capable of formation on the vessel walls by static electricity.

Liquid ammonia or a jet of gas, getting on the human skin, causes severe burns.

Solid ammonia apparently is negobrasil mass of cubic crystals of the correct form.

The basic properties of ammonia due to the presence of unshared pairs of electrons of the nitrogen atom. The oxidation state of nitrogen in ammonia “-3” minimum. Therefore, in chemical terms ammonia is quite active: he enters in the reaction with many substances and shows only restorative properties.

For ammonia, characterized by the following chemical reaction:

1. the reaction between ammonia and water:

The reaction produced ammonia hydrate (NH3•H2O or NH4OН). A solution of ammonia in water has an alkaline environment.

When boiling hydrate of ammonia decomposes to form ammonia and water.

2. the reaction between ammonia and phosphoric acid:

Likewise, reactions of ammonia with other acids, with formation of ammonium salts.

3. the reaction between ammonia and oxygen – the combustion of ammonia:

4. the reaction of catalytic oxidation of ammonia:

In the second reaction produce nitric acid and water. It is an industrial method of producing nitric acid. When the mixture of air with 10% (by volume) of ammonia is passed over a series of metal grids (platinum and 5-15% of rhodium) at a temperature of about 850 OS and a pressure of 5 ATM; the contact time with the catalyst is limited to ≤ 1 MS in order to minimize undesirable side reactions. The degree of conversion is about 96% (one of the most effective known industrial catalytic reactions); the vented gas is passed through the absorption column and get a 60% aqueous solution of nitric acid at 40°C. the Reaction proceeds in three stages.

5. the reaction between ammonia and copper oxide:

The reaction produces nitrogen, copper and water. During the reaction ammonia is passed through heated copper oxide.

6. the reaction of thermal decomposition of ammonia:

The reaction produces nitrogen and hydrogen.

7. the reaction between ammonia and fluorine:

Likewise, reactions of ammonia with other Halogens.

8. the reaction of interaction of potassium oxide and ammonia:

Obtaining of ammonia in industry and the laboratory. The chemical reaction equation of producing ammonia:

Ammonia in the laboratory is the result of the following chemical reactions:

Thus, for obtaining the ammonia in the laboratory using the action of strong alkalis on ammonium salts.

Ammonia in industry is produced by direct interaction of hydrogen and nitrogen:

Due to the high pressure equilibrium of said reaction is shifted towards ammonia. This so-called Haber process. German physicist Fritz Haber, developed a physico-chemical basis of this method.

The application and use of ammonia:

– in medicine as a lotion. 10 % aqueous solution of ammonia is known as ammonia,

– in the chemical industry for the production of nitrogen fertilizers (nitrate and ammonium sulphate, urea),

– liquid ammonia is used as solvent.

– in agriculture as fertilizer in the form of ammonia water.