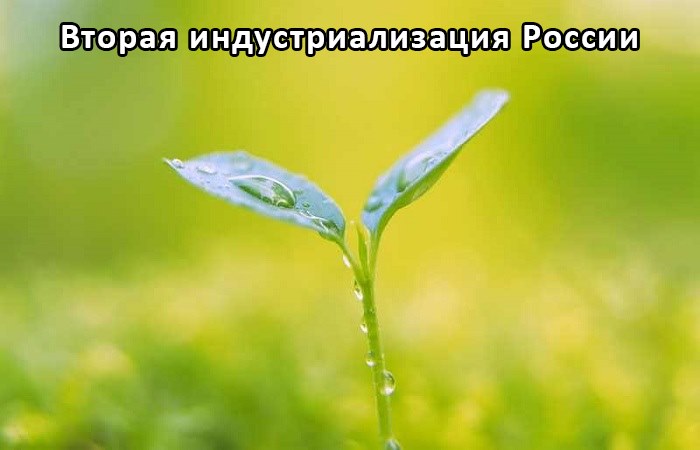 Mycorrhizae – symbiosis between fungus and plants. Its application to improve the development of roots and increase yields.

Mycorrhiza is a symbiosis of plants and fungi. Mycorrhizal formation is the plant’s secondary root system, including allowing you to eat solid humus. The use of mycorrhizae increases the productivity by 30 – 100% depending on the crops produced.

Mycorrhiza fungus and plants. Description. What is a mycorrhiza?

Symbiosis and nutrient exchange, the role and function of mycorrhizae

The structure of fungi

Features and properties of the mycelium of the fungus (mycelium)

The types and types of mycorrhizae fungi and plants

The benefits and importance of mycorrhizae

The benefits of crops grown with mycorrhizae

The use of mycorrhizae

Mycorrhiza fungus and plants. Description, concept and phenomenon. What is a mycorrhiza?

The term mycorrhiza usually understand the fragile formations that are composed of hyphae fungi and roots of plants, and apply this term ought to refer to this symbiosis of fungi and plants, in other words, mycorrhiza is a symbiosis of plants and fungi.

By joining the roots of plants to fungal mycelium increases the absorptive capacity of the root and increases the flow into the plant water with dissolved nutrients. In accordance with the nature of the plant alone can produce the necessary for the life and growth of the substance from only the “moveable” part of the humus, the upper layer of moist fertile land. Below this humus layer is fixed, which is very little moisture and the plants are not able to eat a full using only stationary humus. Resources mobile humus are subject to rapid depletion. Pumped the nutrients from the movable humus, the plant begins to be undernourished.

Mycorrhizal formation is the plant’s secondary root system, including allowing you to eat solid humus.

Despite the fact that the mycorrhiza, little is known to ordinary people, it is widely distributed. It is well established that about 90% of all plant species are in symbiosis with fungi, and that this symbiosis exists as long as there are plants. Almost all plants on Earth (with the exception of certain types) can not properly and fully develop without mycorrhizae. They live in an unnatural environment. They can somehow adjust and adapt to external conditions, but full development is not called.

On the other hand, not all fungi are involved in the symbiosis with plants, but only their certain part
of all the vast diversity.

It should also be borne in mind that a mycorrhiza is a living entity that can be destroyed by chemical fertilizers and fungicides that are used against soil fungi.

Symbiosis and nutrient exchange, the role and function of mycorrhizae:

Symbiosis and exchange between fungus and plant is of a bilateral nature.

Mushroom stores extra water (save up to 50% depending on the region) and nutrients for plants (plants still do not feel “water fasting”); dissolves and delivers the unavailable plant mineral nutrients contained in soil, for example, phosphates, potassium; protects the plant against underground pests (e.g. nematodes); in addition to water, provides the plant with all the necessary in food, minerals, vitamins, enzymes, biostimulants, hormones and other active substances.

In turn, the plant supplies the fungus carbohydrates (glucose, sugar), which itself it can’t produce it. Fungi without carbohydrates are not able to form fruiting bodies and, hence, produce spores, i.e., to procreate.

To start the process of symbiosis, the plant through the roots emit soil carbohydrates (glucose), as well as the plant through the flowers emit into the air is nectar to attract insect pollinators (bees, etc.). Symbiotic (plant) fungi respond to these allocations. As they approach the plant root with its hyphae, tightly braid it with their mycelium and deeply embedded in the very roots, is easier to carried out the transfer processes of nutrients.

The mechanism of formation of symbiosis between a fungus and a plant laid in memory (DNA) of plants and plant fungus. This means that the presence of such a symbiosis (i.e. mycorrhizae) is no exception to the rule, but rather the opposite – this rule is found in most plants. The lack of mycorrhizae to crops in orchards, gardens, fields, and windowsills – it is the exception to the rule, which ultimately leads to a limited development of the plants.

The fungi which form mycorrhiza with the roots of plants include many species of edible and non-edible grades mushrooms:

In particular these include white mushrooms, boletus, chanterelles, boletus.

However, do not form mycorrhiza the following mushrooms: mushrooms are saprophytes (molds and pileate fungi) and fungi-symbionts (group of parasites).

The structure of fungi:

The structure of fungi provides an understanding of the nature of their relationship with plants, the formation of symbiosis between fungi and plants (mycorrhizae).

It should be noted that mushrooms belong to the Kingdom of nature. They combine eukaryotic organisms that combine some of the characteristics of both plants and animals.

Mushrooms are composed of mycelium (mushroom), a collection of fine branching fungal filaments, called hyphae. Hyphae (in Greek – “the web”) is a thin branching filamentous formation from fungi, consisting of many cells or containing many nuclei. The main function of GIF is to absorb water and nutrients. Hyphae grow by apical growth. They (SWFs) richly branched and densely interwoven.

Special tight and close plexus of fungal hyphae used for transferring heavy and adverse environmental conditions are called sclerotia, of which develops into new mycelium or fruiting bodies.

In the formation of bodies of sporulation, and sometimes vegetative structures, hyphae densely interwoven, forming about a fabric called plectonema. Plectonema it is a familiar fruit body of a mushroom or just a “mushroom” growing on the soil surface.

Features and properties of the mycelium of the fungus (mushroom):

The mycelium of the fungus (mycelium) extend for hundreds of meters around the plant, and its weight sometimes reaches several tons. One cubic centimeter of soil surrounding the roots, the total length of fungal filaments (hyphae) is from 20 to 40 meters.

Mushrooms have powerful enzymatic apparatus capable to process (break down and digest) a variety of nutrients in the soil as organic (humus etc.) and inorganic (potassium, phosphorus and other minerals) in the right and digestible plant form. It is known that mineral substances in large quantities contained in the soil, but the plants themselves cannot extract and therefore are hungry.

Hyphae of the fungus more than an order of magnitude thinner than root hairs and is therefore able to penetrate into the finest pores of the soil minerals, subsequently splitting them to the required components.

The types and types of mycorrhizae fungi and plants:

Depending on how the communication between the roots of a plant with the mycelium of the fungus, there are three main types (species) of mycorrhizae: endocrinol, acturing and echoendoscopy.

Ecotrophea mycorrhiza (ectomycorrhiza, the outer or external mycorrhiza) occurs when the fungus hyphae envelop the root of a dense network, or forming a case, or tube. Externally, ectomycorrhiza like thick webs of mycelium of the fungus, formed around the roots of plants. Thus the fungal hyphae penetrate the root restera (volokonsky layer, a single layer of primary epithelial suction tissue of the young roots of plants, which forms the root hairs formed close to a cone of increase of a growing root) and spread in the intercellular spaces, but do not penetrate into the cells themselves are the roots of the plant. As a result, the roots of the plant, there is complete absence of root hairs. They are replaced by fungal hyphae that extend into the surrounding soil and transported to the roots of the plants essential nutrients. As a rule, ecotrophea mycorrhiza is found in woody plants and very rarely herbaceous.

Endocrine mycorrhiza (endomycorrhiza the internal mycorrhiza) occurs when hyphae of the fungus penetrate through the pores in the cells of the cortex of plant roots. On the surface of root mycorrhiza is weak, as all the main part of the fungus in the fungal hyphae is inside the root. The roots of the plants has normal root hairs. Inside the root cells of the hyphae of the fungus form clusters in the form of tangles and branch, forming arbuscule (repeatedly branched formation of fungal hyphae in cells of plant roots). In arbuscular comes the most intense exchange of nutrients between the hyphae of the fungus and the root cells of the plant. Arbuscula exist within a few days, and then dissolved, in this case instead of the old hyphae begin to form new arbuscule. And this process of education arbuscule is repeated an infinite number of times. As a rule, endocrine mycorrhiza is found in herbaceous plants, and especially it is characteristic for the whole family Orchidaceae (orchids).

Ectendomycorrhizae combines the characteristics and endo – and ectomycorrhiza. Common in woody plants.

The benefits and importance of mycorrhizae:

– improve up to 300% of the intensity of plant growth in stressful conditions and on degraded soils,

– up to 90% of the plants with mycorrhiza show improved survival after transplantation,

– application of mycorrhizae gives you the opportunity to plant the necessary nutrients extracted by the fungus from the fixed layer of humus,

acceleration of root development and flowering for 3-4 weeks

– a single application with perennials,

– improving the quality of plants,

– protects the plants against underground pests (from more than 60 bacterial and fungal diseases). They emit soil a large number of antibiotics that suppress pathogens of different origin, which contributes to the normal development and the improvement of already diseased plants,

– application of mycorrhizae increases hundreds of times the square roots of the plant, young plant roots profusely branched and thicken

– universal symbiosis, enough to make live spores of the fungus, as starting to develop mycorrhiza and the nutrition of plants is beginning to improve.

– works wherever there is a plant and soil in the forest and in the field, the farmer and the gardener, in a pot on the windowsill and in urban agriculture in General,

– application of mycorrhizae increases the productivity by 30 – 100% depending on the cultivated crops,

– application of mycorrhizae reduces the amount of insertion into the soil fertilizers,

– in the presence of mycorrhizae plants never experience water “starvation”,

– mycorrhiza is the most powerful water “pump” for plants. It not only
gives them water from deep soil layers, but also feeds the plants,

by mycorrhizae root nutrition of plants is enhanced 15 times, while irrigation systems can increase watering plants only at 200-300%,

– temperature for activity of mycorrhizae doesn’t matter. When the cold weather mushroom with sleep together with a plant-host and wakes up in the spring with him. They operates in all climates – from deserts to snow-capped mountains.

The benefits of crops grown with mycorrhizae:

– plants produce their own vitamins and minerals

– higher nutritional value of the foods

– anyone can participate, given the right education,

– know what goes into the products supplied to us.

– strengthening of dams and fortifications,

– rejuvenation of fruit trees and shrubs.