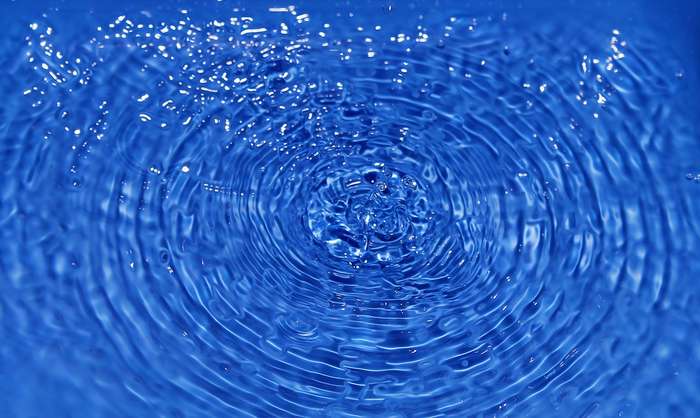 Water, its role in nature, types of water pollution sources.

Water is inorganic compound formed by two elements (two atoms of hydrogen and one atom of oxygen). Pure water has no smell and color, as well as an explicit taste. In normal condition, water is presented in the form of liquid.

The role of water in nature and living organisms

Reserves of fresh and salt water in the world

Withradnaa the density of water

Sources and types of pollution of natural waters

The waste water of industrial enterprises

The application of water

The role of water in nature and living organisms:

Water has a direct influence on the formation of weather and climate, is actively involved in biochemical reactions of living organisms. For example, in animals, the proportion of water is about 60-75 %, in newborns, 70-80 %, and in embryos up to 87-97 %. Thus, water plays a major role in maintaining life on Earth.

A water feature is the stay in an unstable (metastable) state under certain conditions (this state is called supercooled liquid, the supersaturated vapor, superheated liquid).

Water is a natural solvent, such as organic compounds and inorganic substances. In a natural state the water contains salts of different substances and compounds, dissolved gases.

The content of cations of calcium and magnesium are distinguished: soft and hard water.

The salt content of: fresh water and sea water.

There are such things as water:

The main indicators of the quality of water include: physical, chemical, biological and bacteriological indicators.

During evaluation of the odor using a 5-point scale, thus it appears as dominated by one of the presented grounds: swamp, putrid, aromatic, earthy, fishy. Through laboratory shake flasks with the contents evaluate the odor intensity of the sample. Check the smell of water is relevant in different situations, for example, when assessing treated water. The presence of smell in treated water indicates poor quality of cleaning or incomplete removal of special reagents (chlorine).

Check the colour of water in quantitative terms is carried out by colorimetry, by comparing the samples with a scale of standards.

A qualitative comparison of samples is carried out with distilled water on a white background in natural lighting. Upon detection of coloring the water point identified by color (brown, light yellow). If the compared samples are identical, then the conclusion indicates that the sample is colorless.

Water transparency indicates the degree of contamination of the sample in suspended and colloidal (maximally fragmented) state.

Turbidity indicates the presence in the test sample a sufficient amount of organic/inorganic contaminants. Suspended solids are separated through filtration, and then evaluated their prevalence in the study sample. Turbidity of water is determined by gravimetric method.

The presence of solids, the conclusion about the presence of nonvolatile substances in the wastewater. The study is conducted using gravimetric method. The method allows to accurately determine the amount of organic matter that are suspended in the sample.

The alkalinity of water is determined by the presence of alkali salts and free alkalis. Control alkaline environment of the wastewater is important not only at the entrance to the treatment plant, but on the way out. Only under the condition of neutrality environment (pH ~ 6.5 and 8.5) is guaranteed by the natural microorganisms that provide biological treatment of wastewater.

The nitrogen content in the water is checked to determine ammonium nitrogen (NH+4), nitrate (NO–3) nitrogen and nitrite (NO–2).

Chemical oxygen demand (abbreviated COD) allows to make a conclusion about how much water contains organic substances that are prone to oxidation aggressive oxidation agents.

Biochemical oxygen demand (abbreviated as BOD) allows to evaluate the degree of pollution of wastewater by aerobic microorganisms, reacts violently with oxygen environment. The indicator BOD is determined using the iodometric method.

The total hardness of water is formed by two indicators: carbonate and non-carbonate hardness. Carbonate hardness indicates the level of concentration in water of bicarbonates of magnesium and potassium. Non-carbonate rigidity demonstrates the presence in water of sulphate of magnesium and potassium and chlorides. The total combination of indicators a single indicator expresses the overall stiffness.

Biological quality indicators demonstrate the presence in water of hydroflora and gidrobiontov. Hydroflora is determined by microfiche and macrophytes. To microvitum include algae and macrophytes associated with aquatic vegetation. With the withering away of macrophytes in water increases the level of organic substances. The value of makrofitov is that protozoa algae absorb dissolved carbon dioxide, releasing the oxygen.

To hydrobionical applies three kinds of alive environment: plankton residing in the water column; the inhabitants of the bottom of the water column (bentos); animals inhabiting the surface layer of water (neisia).

Bacteriological quality indicators characterize the safety (neutral) water medium in here regarding pathogens especially Escherichia coli. To determine the degree of contamination of water by pathogenic microorganisms (E. coli) is used IF the value of the index. The definition of a measure on a sample taken 1 liter of water.

Water, except a liquid state can be found in other States of aggregation. In the solid state water is presented in the form of ice, frost and snow grains. In the gaseous state in the form of steam.

At normal atmospheric pressure, water turns into water vapor at 100°C, and transformered into ice at 0°C. Upon pressure increase the boiling point of the aqueous medium increases, and Vice versa, when the pressure drops, the boiling point falls.

Water can simultaneously be in different combined conditions, for example: sea water and iceberg, rivers and glaciers on the earth’s surface, water vapor and clouds.

Reserves of fresh and salt water in the world:

Water covers 71% of the planet’s surface while in the oceans, seas, rivers, lakes and glaciers. In the earth’s mantle is 10-12 times more water than in the waters of the world ocean. A large part is salt water, unsuitable for drinking and cultivation of crops in agriculture. The share of fresh water accounts for a small part: in glaciers contains 1,81%, in underground waters was 0.63%, in rivers and lakes – 0,009%.

Withradnaa the density of water:

The boundary between liquid and water vapor disappears at the critical temperature, component 374,12° C.

Open water sources are unsafe to use because it can contain toxic substances accumulated as a result of the inflow of sewage. In open water can “bloom” water, and the organic go overboard. Open sources are characterized by low transparency, high salinity. To water from such sources can be used for drinking, is required to carry out its cleaning and disinfection.

The most secure composition is the water from artesian sources, which can be used without pre-treatment. Water obtained from artesian wells, odorless, transparent, colorless. It lacks the microorganisms and organic matter. Feature of water from an artesian well is an increased level of mineralization.

Without treatment and disinfection, you can also drink water obtained from an underground aquifer is not pressurized. Such a water resource is at a sufficient depth between two waterproof layers. Seepage in mizhplastovi water storage surface water and atmospheric moisture is excluded.

To provide the population with clean water is practiced by the use of two water supply systems: centralized system and decentralized (local) system.

Local water supply is arranged in places where the number of inhabitants slightly. The water is taken usually from an underground source by means of pumps.

When selecting the source of water for water supply priority is given to cross water-bearing layers of the artesian type. Water from such a source meets the required sanitary standards and is fully usable.

The choice of water source is based on sanitary-hygienic norms and environmental standards. The consumer should get a quality product that will not cause harm to his health. Therefore, when choosing an optimal source of water supply, the decision is made in favor of cross-aquifers with high hygienic indicators. If the artesian reservoirs is not available, then the choice is made in favor of cross-unconfined layers. In third place in terms of reliability are the ground waters of the first aquifer. If it is impossible to access underground aquifers cross and dirt layers choice is made in favor of open water, but in this case it is necessary to devise a system of purification and disinfection of water.

Andsources and types of water pollution:

Sources of pollution of natural waters to date are: chemical, biological and physical sources.

Biological sources of pollution include viruses, bacteria, yeast and pathogens.

Physical sources of pollution include the dumping of heat into water, radioactive contamination, etc.

Specific pollutants are the following substances:

– mineral substances, such as products used in mining and coal industry;

The waste water of industrial enterprises:

In their composition, wastewater from industrial enterprises will be classified as domestic, industrial and atmospheric.

Industrial water – water used for technological processes in the enterprise.

Atmospheric water – the result of rain and fallen and then melted snow.

Industrial pollution of water is evident in the increase of salts of heavy metals, occurrence of radioactive elements, pathogenic microorganisms, reducing oxygen.

Contaminated water at the company are divided into three subgroups:

Onthe area of application of water:

Water can be applied in these and similar areas such as:

– as a solvent of organic and inorganic substances;

– how effective coolant for heating and operation of the circuits of nuclear power plants;

– as a neutron moderator in the conduct of nuclear reactions in nuclear power plants;

– when water-jet cutting of rocks, different materials and metals;

– to meet the needs of a living organism in the water. 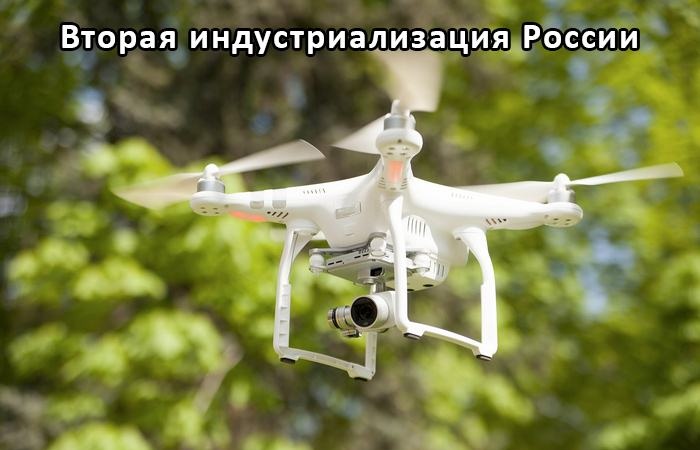 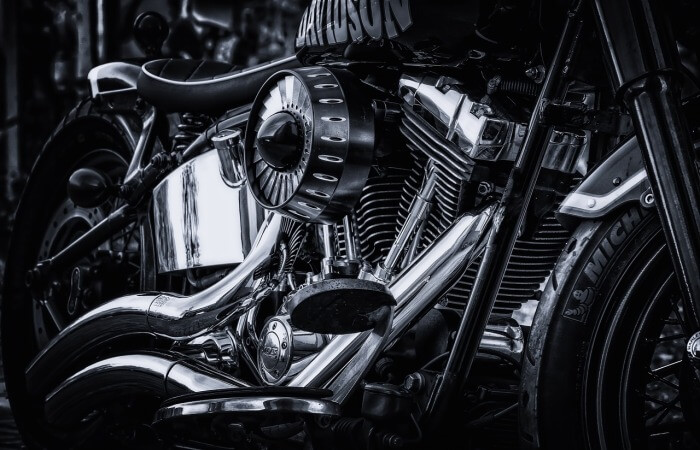 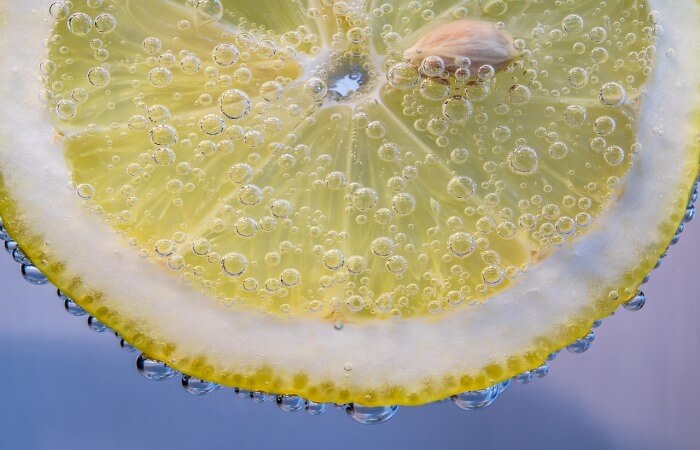