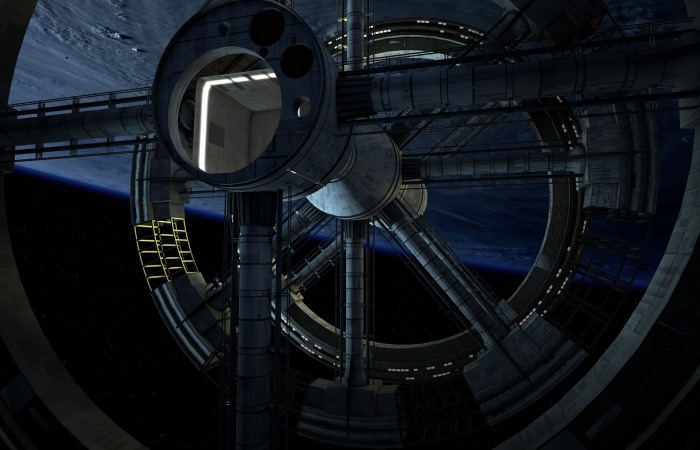 The space Elevator, projects and concepts.

Space Elevator – design to launch spacecraft into space without using rockets. Its construction – a further step in space exploration.

The benefits of using a space Elevator

For the first time this idea was expressed by Konstantin Tsiolkovsky. This idea was inspired by the Eiffel tower. He imagined a space Elevator, located inside the highest tower reaching up to low-earth orbit. Subsequently, the concept was significantly refined and modified.

Today proposed several concepts for the realization of this idea.

The first concept is based on the conclusion in the space of a special cable, made of high-strength material. This idea was offered by Yuri Artsutanov. One end of the rope is attached to the surface of the Earth, and the other is on geosynchronous orbit at a fixed point in space, i.e. at the altitude of about 100 000 kilometers. The rope is always taut. It moves the Elevator (a special capsule lift), which outputs to the desired orbit of the payload. The stretched condition of the rope is provided by gravity the lower end and centripetal acceleration (centrifugal force) of the upper end of the cable. To start moving an Elevator from earth to orbit, you need to apply force. Further, when lifting the load will be accelerated due to the rotation of the Earth, which will allow for a large enough height to send him outside of the Earth’s gravitation. For movement in the opposite direction of Earth’s gravitational field will attract the capsule (lift) to the surface.

In the future, several options were proposed the first concept. But they do not differ much from each other, except in the material used. Thus, it is proposed as the material of rope to use carbon nanotubes.

The second concept, called Thoth, is to build vertical design of modular tubes made from Kevlar-polyethylene composites filled with helium. The pipe material compared with other construction technologies, the lightest among the known building materials, and helium will keep the structure upright. Lift Thoth will have a height of 20 km. At the end of this design will be platform which will be the launch of the spacecraft.

The benefits of using a space Elevator:

– reducing the cost of delivery of goods, passengers to orbit planet Earth in a few tens or hundreds of times. So, delivery of cargo weighing 1 kg to the international space station cost more than 20 000 USD,

– the lift will act as a platform to launch space ships to other planets, satellites and stars,

– ability to build in orbit large colonies and orbital stations,

– building an Elevator is a further step in space exploration.