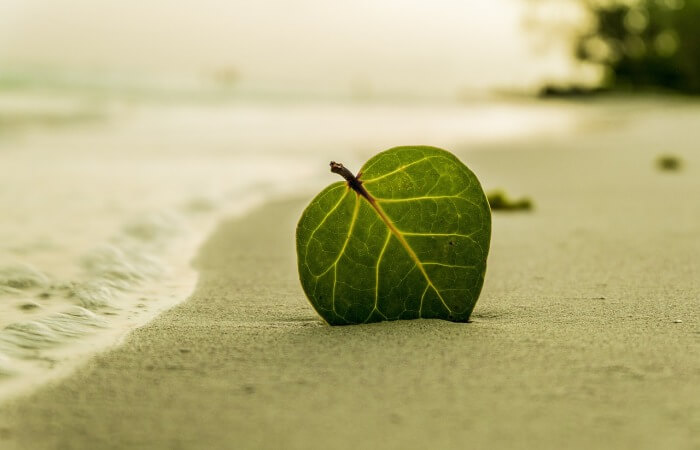 Sols, properties, preparation, destruction and the use.

Sols constitute the dispersion medium, where in the form of droplets, gaseous molecules or solid particles of the smallest parameters of dissolved dispersed phase. The size of the latter ranges from 1 to 100 nanometers.

Classification and types of sols

Methods of purification of sols

Methods of destruction of sols. The threshold of coagulation Zola

The use of the sols

Zoli is highly dispersed (which includes two or more components) systems of colloidal nature. They constitute an intermediate fraction, located between the true mixtures and suspensions (or particulate nature).

Zoli, like any disperse system is the formation of two or more phases (bodies), which practically do not mix and do not react with each other chemically. The first substance (the dispersed phase) is finely distributed in the second (dispersion medium).

Essentially Zoli is a colloidal system is heterogeneous (heterogeneous, but composed of homogeneous components) solutions, where to detect a clear boundary between the components it is impossible to the naked eye and quite difficult even with the use of the microscope.

Zoli – classical disperse system, but has unique inherent properties. Their name comes from the Latin solutio, meaning directly “solution”, and can include various components. All these components constitute the disperse medium, where in the form of droplets, gaseous molecules or solid particles of the smallest parameters of dissolved dispersed phase. The size of the latter ranges from 1 to 100 nanometers.

In colloidal systems the constituent phases are isolated from each other by molecules of dispersion medium. After a certain time (for each phase is individual) they are able to grow (accumulate the molecules of the environment) and face each other to coagulate. Then the action takes the force of gravity: large molecules also gain weight and sink to the bottom – sedimentary.

Unlike other dispersions, the compound (mixing) the main components in the sols is very slow and they tend to scatter the rays of light.

Classification and types of sols:

Zoli have broad classification that depends on type and nature of the dispersed medium.

Depending on the kind of dispersion medium sols are divided into:

Depending on the nature of the liquid dispersion medium sols can be:

the hydrosols – if the environment is water;

aerozolei – examples are esters and others.

In turn, lisali are divided into:

– organic – and hydrosols of metals;

The particles that make up phase lizalek, not able to form a spatial structure that gives them the opportunity to participate in the Brownian motion.

Different sols and sustainability – ability to maintain its original state for an indefinite long time. The resistance can be:

– the deposition – the ability to retain equilibrium distribution of the environment and phase in the entire volume of a disperse system or Vice versa (conservation of phase separation, and the environment);

– to aggregate – aggregate is characterized by stability, i.e. the ability to preserve particle size and their personality.

Aggregate stability is prone to rapid mixing of disperse systems is achieved by adding them stabilizer – a substance that is adsorbed on the surface of the particles and not allowing them to stick together. As a result, they do not increase in size and settle to the bottom. The best stabilizers for sols are:

a small increase in the number of the selected reagent.

Depending on how intensively flows the interaction of the molecules of the environment and phase in the educated system, sols are divided into:

– freeze – characterized by intense interaction between the particle phase and the surrounding liquid; termodinamicheskogo resistant to impact and capable of long time to protect its structure, if the conditions under which they are created, do not change;

– lyophobic – the interaction is weak, they are thermally unstable and therefore prone to decay; to increase aggregate stability requires the presence of a stabilizer.

Zoli is a typical colloidal solutions, therefore, their properties are similar to the true (normal) solution.

To their molecular-kinetic properties of sols include the following:

– Brownian motion. Unlike other disperse systems, is expressed rather weakly. Molecules sols are constantly moving, which prevents their sedimentation, makes sustainable, but with increasing particle size the rate of movement is reduced;

– diffusion (mixing). She (diffusion) depends on the parameters and shape of the particles, but in all systems of this type sols is very slow;

– osmosis. Osmosis is diffusion, occurring unilaterally and conducted through a semi-permeable membrane. Sols are characterized by reduced osmotic pressure;

Electrical properties of sols and effects:

Electrical properties of sols arises due to the presence of charge of the molecules that comprise as dispersed phase, and the environment. There are the following properties:

– electrophoresis – targeted movement of charged particles under the action of potential difference;

– electro-osmosis – the same process, but with the movement of the molecules of the dispersion medium.

Also for sols characterized by a number of electrical phenomena.

If the displacement of charged particles occurs when independent (not provoked from the outside) the appearance of a potential difference, then the impetus for it is the deposition of heavier and similarly charged molecules. The result of this phenomenon refers to the potential subsidence – jump in the potential difference of the upper and lower layers.

If Zoli move through the tiny tubes (capillaries) possible appearance of a potential difference due to the selective “pull” (sorption) directly to the surface of the vessel molecules with a positive or negative charge. In the end, there is a potential flow.

The optical properties of sols:

The optical properties of the sols are based on the ratio of the wavelength of the light beam with the parameters of particles forming Lysol. Expressed in the ability of the sols to the absorption and scattering of light rays, as all colloidal solutions are optically active.

1. Dispersing. With this technique the more impressive by the size of the particles constituting the dispersed phase, crushed to smaller state needed to obtain the desired degree of dispersion, and then dissolved in the dispersion medium. To do this, use the following types of exposure:

peptization (conversion of freshly prepared precipitate into a colloidal solution with the use of chemical reagents).

Electric and ultrasonic treatment involves the use of specialized devices and typically expensive, so the large industrial scale is rarely used.

If patiserii not there is a change in the degree of dispersed particles, they are just disconnected due to their acquired charge, which helps them to repel each other. Tell them this charge baptistery – electrolytes, is able to be adsorbed on the surface of the particles.

2. By condensation. The increase in the size of the particles to the desired parameters with the help of some chemical or physical processes. In both techniques in a homogeneous (simple) environment formed a new phase, which has a colloidal degree of dispersion of the particles.

Physical condensation is based on the evaporation of the liquid, representing the dispersion medium, and used these effects:

– replacement of solvent to the environment where the molecules of the phase are not able to dissolve.

Chemical condensation is carried out in the following reactions:

Methods of purification of sols (lisola):

Almost all of liseli formed by means of condensation with chemical reactions that require additional purification, because include the impurity molecules and ions of electrolytes. The purification is carried out in different ways:

– filtration. In the role of “cleaner” vistual classic filter, and the methodology used for the coarse systems, where molecules are phase enough large;

– dialysis. Involves the application of membrane (porous film) that is able to hold and retain the particles of the dispersed phase with small molecules. For quality cleaning lisola needs to be some difference between the parameters of particles and the speed of passage through the film is true and colloidal dissolved substances.

The device used for this method, called the dialyzer. Semi-permeable membranes are:

the electrodialysis. This method is similar to dialysis, but with the additional application of electric current. Used in situations when you need to increase the speed of cleaning;

– ultrafiltration. This method is used for purification of sols with ultramarine particles. It is based on the bursting of the dispersions through filters with polymer films, the pore size of which does not exceed 10-6 -10-5 see;

– compensatory dialysis. This technique is used to sols from which you want to extract only part of the low molecular weight impurities. To complete the process in the dialyzer is replaced by the solvent solution of low molecular weight components, which in consequence is not removed from the solution.

Methods of destruction of sols. The threshold of coagulation Zola:

Separation of fine disperse system into components takes place impacts on existing sols molecular-kinetic properties. The stability of the sols is characterized by:

– properties inherent to the specific surface.

Proven on the stability of the sols is affected by the degree of dispersion: the higher the indicators, the less the Sol subject to decay into components. The resistance can be:

– kinetic – where the concentration is due to the dispersed system the same throughout its volume from the bottom to the surface;

– aggregate is the ability of disparate solutions to retain this direct fragmentation.

The destruction kinetic stability is possible by the method of sedimentation – the deposition of molecules of the phase on the bottom.

The destruction of the stability of the aggregation – coagulation, i.e. increase in the size of molecules and their subsequent Association with each other (formation of aggregates) followed by deposition and total separation of the phase and environment.

The increase in the size of the particles is achieved by the use of coagulants – special electrolytes capable of neutralizing the charges of the colloidal particles, with the result that they “stick together”. Getting into Lysol, electrolytes attract ions with an opposite charge than provokes neutralizing existing. Each coagulant has its own “threshold of coagulation Zola” is the minimum amount of the reagent, the introduction of which into the Sol allows to reduce aggregate stability for a particular time period.

The application of sols:

Colloidal disperse systems of steel known to man in the study of natural phenomena. Such a weather phenomenon as fog – nothing like the classic Sol, where water particles are suspended in the air. This can be attributed to the smoke or dust – solid particles, distributed in the environment. The human body also contains Zoli – the blood and lymph that contains essential nutrients (proteins, carbohydrates), salts, metals, sulfides and so on.

The study of such systems with the development of chemistry has allowed people to create other colloidal systems, which are now successfully used in different industries. The most well-known everyone is considered Zoli educated in the pharmaceutical industry (medicines) and food: juices and nectars, ice cream, butter and vegetable-cream mixes, cream and many other similar products.

– paint and other industries.

It is impossible to imagine without the colloidal disperse systems the construction industry and agriculture. Thus, the study of soil colloids allows you to adjust the soil composition, which is reflected in the indicators of the fertility of crops, and to control various peststhat destroy the crop.