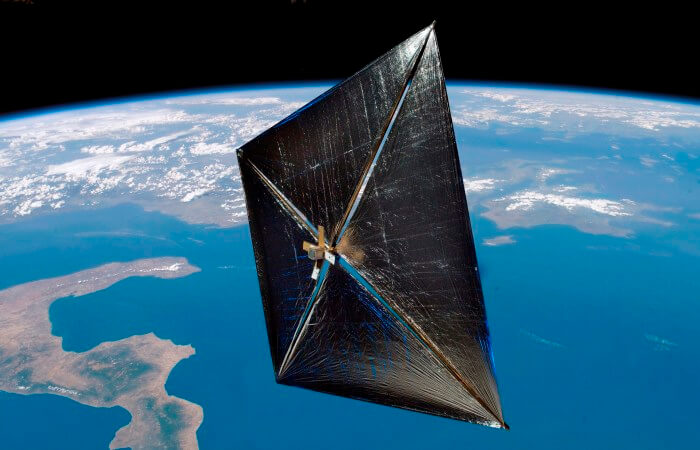 The solar sail will allow interplanetary flights, using ordinary sunlight. It is a construct, designed to replace the model rocket engines.

A solar sail, the principle of

The benefits of using solar sails

Solar sails (also called light sails or photon sails) – a device that uses the pressure of sunlight or laser on the mirror surface for propulsion of the spacecraft.

It is necessary to distinguish the concept of “solar light” (photons, it’s used by a solar sail) and “solar wind” (a stream of elementary particles and ions, which is used for flights in the electric sail – a different kind of space sails).

The principle of operation of solar sails based on the fact that particles of sunlight – photons, endowed with the properties simultaneously, and electromagnetic waves and particles that have momentum and transfer it to any illuminated surface, creating pressure.

For the first time this idea was offered by the Soviet scientist and inventor Friedrich Zander. In 1924 he wrote an article “Flights to other planets”, which introduced the design scheme of the solar sail. In turn, F. Zander built his theory on the experiments of the Russian experimental physicist Pyotr Nikolaevich Lebedev, who for the first time in 1900, measured the pressure of sunlight.

The pressure of the solar light is relatively small and decreases proportionally to the square of the distance from the Sun. Orbiting the Earth it is about 9·10-6 N/m2. Therefore, implementation of interplanetary flights, the area of the solar sail needs to be several square kilometers.

By analogy with the usual sail on sea and river ships may maneuvering in space. Changing the angle of the design, you can adjust the direction of flight.

It is assumed that the spacecraft driven by solar sail of sufficient size, can reach speeds of approximately one-tenth of light.

He solar sail is made of heat-resistant polymer film thickness not exceeding a few micrometers. From available options the most promising are Kapton and Mylar (polyester, polyethylene terephthalate) polymer film with aluminum coating. They can withstand large temperature fluctuations. For example, Kapton withstand fluctuations in temperature from -273 to +400 operating system.

With the development of nanotechnology and new nanomaterials (graphene, fullerenes, carbon nanotubes , etc.) the film thickness can be significantly reduced, and its strength, on the contrary significantly increased.

The first deployment of a solar sail in space was produced on the Russian ship “Progress M-15” February 24, 1993, in the framework of the project “Znamya-2”, and the first space using the sail as an engine apparatus was the Japanese IKAROS, who made his flight in June 2010.

The benefits of using a solar sail:

– the pressure created by the flow of sunlight (photons) causes the apparatus to move in the direction from the Sun, is not consumed rocket fuel or other working fluid,

– a solar sail can operate for an almost unlimited period of time, and does not require consumption of fuel or working fluid, and therefore, in some cases its use may be preferable

– sunlight is an inexhaustible energy source for the solar sail. Solar sail solves the problem of the impossibility of long distance space travel using aircraft-based reactive motion. It allows you to get out of this technological dead end.

Implementation difficulties and disadvantages of the solar sail:

– as the pressure of sunlight decreases proportionally to the square of the distance from the Sun, and the acceleration of a spacecraft with a solar sail is also reduced. However, the space is a vacuumtherefore there are no forces slowing down the motion of the spacecraft,

– the impossibility of movement in the opposite direction to the Sun,

for interplanetary flights the area of the solar sail needs to be several square kilometers. 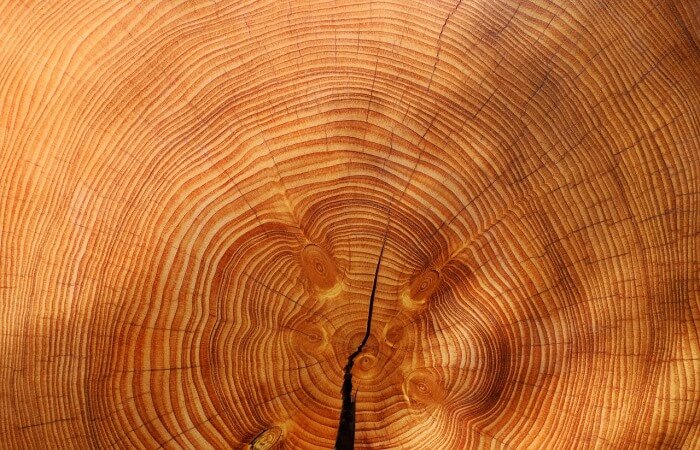 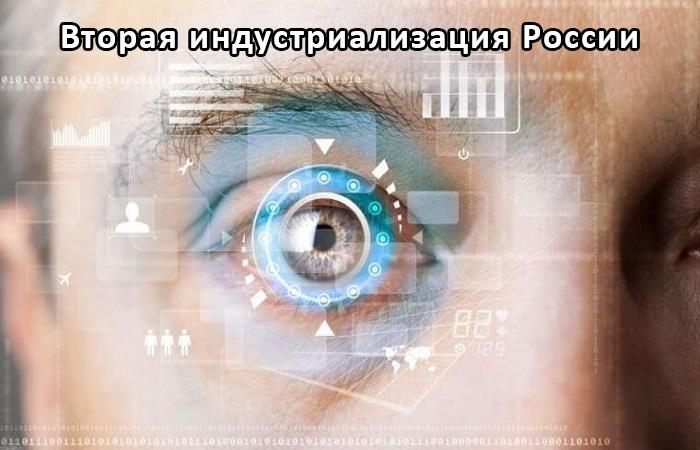 System of technical vision of robot vision in control systems