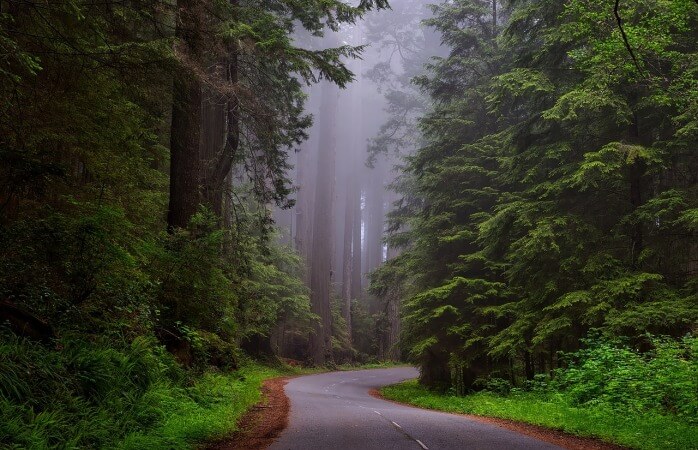 Shale gas is one of the types of natural gas. Its deposits represent a gas of small size, also it accumulates in the collectors departments directly of the shale layer located in the layers of sedimentary rocks the earth’s crust.

The history of shale gas

The technology of shale gas

The advantages of extraction and use of shale gas

Shale gas is one of the types of natural gas. Its deposits represent a gas of small size, also it accumulates in the collectors departments directly of the shale layer located in the layers of sedimentary rocks the earth’s crust.

The basis of the mechanism of formation of shale gas are anaerobic chemical processes. Numerous organic substances are decomposed in the thickness of ground layers without the participation of oxygen, which leads to the formation of many other substances.

The concentration of the fossil is usually located in the clay shales. The latter represent a type of clay, a modified natural metamorphic processes deep in the earth. Layers when under the influence of high temperature and pressure, lose their inherent plasticity, become thinner, become brittle. They are covered with cracks, while their permeability is reduced to the lowest levels. Gas shale has a high Flammability, i.e., able to independently ignite and burn for a long time, and this is different from the usual clay. This property it acquires because of the content of kerogen – polymeric organic substances similar in molecular composition of coal.

It is the concentration of kerogen in the shale gas is considered a key parameter to its effectiveness. The last three count:

By studying deposits of shale gas, the geologists, first and foremost, assess the thickness of the clay layer, since the larger it is, the higher the concentration of natural resources. Thus, the most favorable development, from an economic point of view, are subject to thick layers of III type.

The basis of shale gas is typically hydrogen (H2) from 25 to 40% and methane (CH4) from 14 to 17%, but that’s not the only gases in its composition. In varying quantities it includes:

The history of shale gas:

The first shale gasdeveloped and introduced for commercial purposes, was drilled under the direction of William HART in 1821, well into the United States. However, a full-scale production began only in 80-ies of XX century, when the territory of the state of Texas began to appear vertical well of small size, of which was mined oil shale of the Carboniferous age, in order to later retrieve them from the gas.

Such technology was very costly and brought little profit, because producing gas required to drill many shallow wells by the method of hydraulic fracturing in gas rock had to supply water under high pressure to form the necessary crack that is subsequently suction gas. With the years, the technology improved, which increased the cost of extracted natural resources, and, since 2002, began to make good profit. This date is considered the starting point of a new technological stage in the production of gas resources, because of the latest development made it possible to drill deep wells to be drilled in several stages simultaneously, and instead of water to pump proppants. Proppants granulometry material – made it possible to consolidate the cracks, not allowing them to close under the pressure of the earth formation.

Active shale deposits has led to the so-called “gas revolution” (“shale gas revolution“), through which the United States was recognized as the largest producer and supplier of all types of natural gas. Thus, in 2009 the volume of gas produced amounted to more than 745 billion cubic meters, of which more than 40% were new types of minerals – directly shale gas and methaneproduced in the coal fields.

Although the United States and became the “fathers of the extraction of” shale gas, after a few decades, such developments have been held in other countries. Today, production from existing fields is conducted on all continents.

The technology of shale gas:

As with natural gas, the life without which today can not imagine the inhabitants of civilized countries, shale generated by the depths of our planet. The technology used for its production today is very different from that used almost 200 years ago: instead of one shallow horizontal wells now get one long enough, having several horizontal branches, often reaching 2-3 thousand meters.

The drilling of the mine pumped “explosive mixture”: a mass of water, sand and various compounds which as a result of complex chemical reactions provoke a powerful hydraulic shock. Latest crushes and demolishes the walls of collectors, preserving natural resources, which allows to pump the fuel for further use. The development of horizontal branches is done with the help of modern technological achievements, the main of which is the seismic modeling 3D GEO, combining comprehensive geological studies, computer analysis and data processing, whereby it is possible to get a as a computer map of the field to be developed and kind of formed wells.

One of the main parameters, which professionals are required to carefully calculate before you design a horizontal branch, is the definition of right angle drilling – it must match exactly with an angle of inclination of the shale formation. The second parameter is the horizontal location of the mine: the passage should be clear in the middle, with equal and sufficient distance from the boundaries of the shale formation. Failure to do so will cause leakage of methane in the cracks and crevices present in all layers of the earth’s crust, i.e. the loss of natural resources.

In addition to shale formations, large volumes of shale gas are concentrated in the gas reservoirs. These “natural store” also have their own characteristics, and should be considered in the extraction. So, concentration are possible in:

porous layers of shale formations, the structure is similar to dense sand;
small reservoirs located near sources of organic substances (as in the case of methane, contained in seams of coal);
natural breaks in the earth’s crust.

Gas – “moveable” fossil, whose motion obeys the laws of physics, so it moves easily from one layer to another, if the pressure in the ground increases. This feature should be taken into account in the development field, as a full-fledged production, you will need to create a zone with variable pressure.

The level of current technological progress allows to deep wells with several lateral branches – multitude on one level, and step bends, the length of which is limited to 2 kilometers.

Shale gas – a rare fossil, its stocks-in-one natural store is negligible, on average, this 0.2 – 3.2 billion m3/km2. Therefore, for commercial development due to profit, drilling is conducted on a large size territories.

The advantages of extraction and use of shale gas:

Gas is one of the most important sectors of the economy of any civilized country. In shale varieties of blue fuel has several advantages:

its development is allowed in areas with a large number of the population;
the gas is produced fairly quickly, while the losses caused by the greenhouse effect, practically absent;
gas allows you to create new jobs with high wages.

Shale gas – an alternative type of fuelthat allows to obtain the heat energy to bypass the main roads. This gives you the opportunity to provide fuel to the most remote areas of the country, without attaching them to the Central pipeline, which saves time for the submission of resource and budget.

The problem of shale gas:

Despite the obvious benefits to the economy and the country as a whole, around shale fossil being serious disputes. This is due to several problems arising in the development fields and the use of the fuel.

The water hammer technique, used while drilling wells is very costly, because it involves the use of large reserves of water resources. The farther away they are from the fossil deposits, the more money you want to spend on their delivery to the place of development. Except of water (on average, about 7,500 tonnes), the mixture gap comprises sand and harmful chemicals that accumulate after hitting the nearby place of production territories. This is a serious damage to the ecology of the area as to dispose the liquid with all standards and requirements is quite costly, and this rule gas companies typically ignored.

The volume of shale gas compared to natural, small, so the maximum period of their development is limited to 10-15 years. As a result, more frequent drilling of wells, what is reflected in financial costs, and the ecology of the area where the extraction of.

No gas company, pursuing the development of shale deposits, do not reveal the composition of the mixture to water hammer, hiding data on the chemical components included in its base. However, there is evidence that a large number of toxins and toxic components, the number of which may exceed eight dozen. To evaluate damage to the environment causes such a measure, and everyone can, especially when you consider that only one explosion requires from 80 to 300 tons of such components.

Violation of the development methodology can lead to the loss of methane (its self-pumping in other layers of the earth’s crust), which intensifies the greenhouse effectalso violates the ecological balance.

The cost of developing shale deposits far exceed the cost of pumping natural blue fuel, therefore, economically advantageous to produce only under the condition that the demand for alternative fuel and its final price is high.

However, the most significant drawback is a serious harm to human health and the environment, what constantly say environmentalists. A vivid example is Pennsylvania (USA) where the samples of earth, water and air near shale basin is evidenced not just about environmental imbalances, and are in the nature of this ecocatastrophe. The destruction of nature, and the use of huge volumes of water for hydraulic strike – the main problems in the regions of shale gas production. Although gas companies justify their actions by saying that the gaps of the layers are considerably below the levels, where the ground water, not to mention the fact that the latter suffer from severe contamination with chemicals impossible. So, in some reservoirs the level of chemicals is so large that liquid can easily ignite. Along with the water suffers, and the soil in which grow the plants, the fruits of which are later consumed by humans and animals, and the air required for respiration of all living things on the planet.

Some fields have high radiation and phonon. This is due to the fact that after the fracturing of radioactive substances along with other toxins that penetrate all layers of the soil and groundwater, and invariably come to the surface of the earth’s crust, into the air. This feature is inherent in the deposits related to the Mesozoic and Paleozoic eras, and as it is not sad, they are the most profitable from an economic point of view.