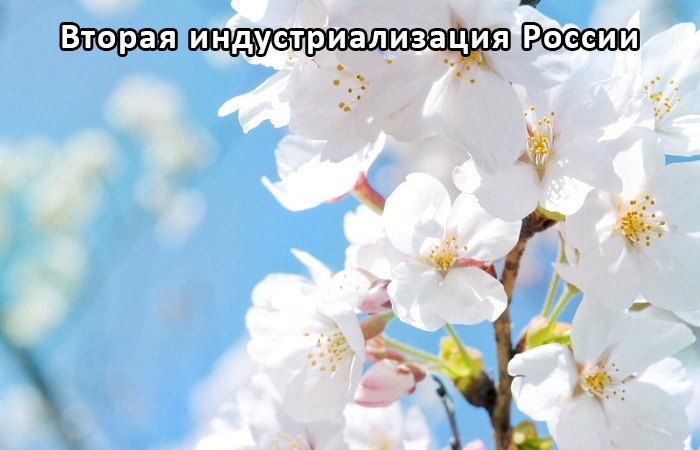 Agroforestry is a management system in the same area of agriculture, which combines in one unit the cultivation of crops and/or livestock with trees and shrubs. The resulting biological relationship restore disturbed lands provide numerous benefits, including diversification of income sources, increased biological production, better water quality and enhanced habitat for people and wildlife.

The benefits of agroforestry

The cultivation of crops in the alleys

Restoration of disturbed lands, increased biological production, environmental improvement, habitat for people and wildlife and other agricultural tasks using the system such as agroforestry.

Agroforestry is a management system in the same area of agriculture, which combines in one unit the cultivation of crops and/or livestock with trees and shrubs. The resulting biological relationships yield numerous benefits, including diversification of income sources, increased biological production, better quality water and improved habitat for people and wildlife. 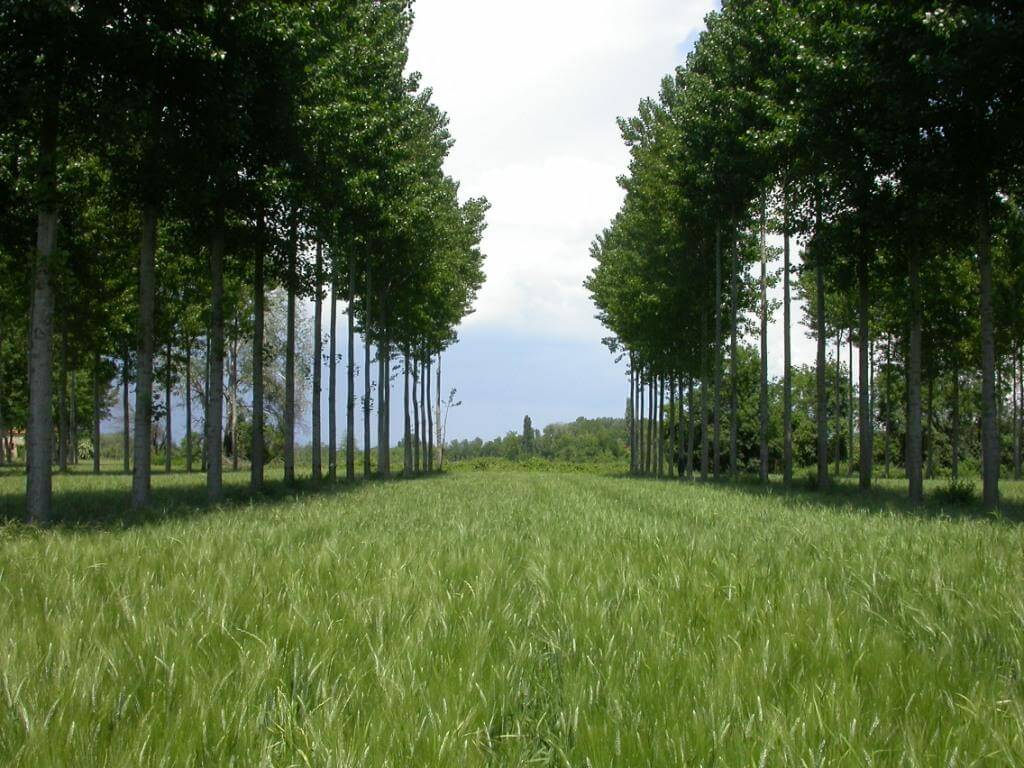 Practiced in USA and other countries of the world currently, agroforestry practices include the cultivation of agricultural crops in the alleys, mesopotmia, the shelter belts, shelterbelts, coastal buffer strips, and forest farming (for special forest products). Below is a brief overview of each of these major systems.

The basics of agroforestry was founded in the Stalin plan to transform nature.

The benefits of agroforestry:

– change – a significant improvement in the climate

– a temperature drop of 20% in the shade of the trees,

– edit – a complete improvement in the previously eroded and depleted soils,

– the appearance of humus on sandy and depleted soils,

– diversification of sources of income in agricultural production,

– the appearance of moisture and humid microclimate,

– improving the environment, habitats for people and wildlife

– delay and the use of water,

– increasing the amount of precipitation.

The cultivation of crops in the alleys:

When grown on crop production this approach is called “lisopil'”, when growing forage grasses — “lisapatrish”.

The space between the rows is arranged in a way to accommodate trees of Mature age, while leaving room for the planned alley crops. If planted in the alleys of light-loving plants like grain or spicy greens, walkways alleys must be wide enough to access large amount of light even when the trees get older.

The alternative is planning to change the sequence of growing and harvesting crops as soon as the growth of trees reduces the access of light. For example, soybeans or cereals can be grown, while trees are very small; the closer the tree canopy roughage can gather the hay; and when the trees get older and the earth will be covered with more shade, paths will be able to take grazing animals or shade-tolerant crops.

Like all complex systems, the cultivation of crops in the alleys requires a skilled and careful planning. And the harvest, and the trees have requirements that sometimes necessitate trade-offs between them. The design must provide enough space for the equipment required to service each operation.

In most systems Alleyne crop management trees planted in straight rows, sometimes not paying attention to slopes and terrain.

Trees are planted in rows strictly oriented in the Northern hemisphere — along the meridians, to minimize shadows, closer to the equator perpendicularly, for additional shadow.

However, planting trees arc or contour has advantages. Among them slowing the movement of surface water and reducing soil erosion. Trees can be planted in single rows or blocks of multiple rows between alleys. The first row in a block is planted on contour line; subsequent rows are planted below the original line according to the inclination of the earth. The last row in the block is planted parallel to contour lines, which will start the next block of trees. The width of the blocks of trees may vary, but the boundaries of aisles, where cultivated crops are parallel. This layout avoids the formation of nodal rows within the alleys, thus simplifying the maneuvers of the machinery. The width of the alleys is determined by the size of the equipment.

If planting is on contours impractical, another alternative is to plant trees in curved zigzags so that water running down the slopes, Chinle or at least slowed down. Islands of trees will provide some of the same advantages, if not to interfere with selhozaviatsii.

On big plantations of fast-growing broad-leaved trees or pine trees (called auxiliary trees) podstavitsya as a gunner to provide education in the main species of trees intended for cutting, straight trunks without branches. Alternatively, the trees for cutting can put in the ranks often with the further thinning, and trimming as they grow. Despite the fact that these previously harvested trees have a low market value, their presence during the first years of growth increases the value of the main crop. The goal is to produce long, straight planks of logs with a small number of lower branches, for maximum profit from the final harvest. It would not have been designed in a plantation, the trees at the external borders of the groups will develop more side branches, or even curved trunk, which will result in lower cost of saw logs.

Thinning and pruning trees, and trimming and cutting of branches and lower tiers of branches increases the fertilization process of the earth, reinforces a symbiotic relationship (relationship) of trees with bacteria and mold, increases the production of nutrients. In case of cut trees, the photosynthesis efficiency is higher than the uncut. Faster photosynthesis means that the carbon is consumed more and more sunlight, lowering the ambient temperature. A cooler environment means more water.

The calculations also showed that the level of leakage of nitrogen and other compounds is reduced by 50% compared to field plot without trees. In addition tree roots intercept nutrients not used by the field crops that otherwise would be washed into the groundwater. Subsequently intercepted by trees nutrients return to the soil as fallen leaves.

The litter of broad-leaved plants contributes to the development of mushrooms (their symbiosis with the root systems of plants – mycorrhizae), which significantly accelerates the growth of agricultural plants. Proper selection of tree eliminates competition for moisture (basically it comes down to choosing the rocks with rod or fibrous root system). The amount of sunlight in lisopil ‘ is somewhat less compared to the open field, but other favorable factors, as well as direct benefits from trees (honey, nuts, etc.) increases the yield from plot to 190% and added diversification in the event of crop failure of one of the components.

The presence of trees increases significantly the number of bird species that effectively destroy insect pests.

Also, as trees can be used honey plants: three species of Linden (small-leaved, large-leaved and Manchu), and field maple. These powerful melliferous crops yield up to 1000 kg of honey from 1 ha of continuous plantations.

Combination of trees and pasture called leapstone with agroforestry. Deciduous trees (sometimes nuts) and/or pines are planted in single or multiple rows, and livestock graze between them. Although trees, and the cattle need to be managed for production, some systems focus on one thing.

Usually in the first years of organization of the system, the crops get from grain crops and hay. Grazing starts after two or three years, when the trees will grow so that livestock cannot damage it. In other cases, wooden tubes and electric fencing protect the young trees, and grazing begins immediately.

Grazing livestock on lisapatrish eliminates some of the maintenance costs of trees. With good management of grazing, for example, herbicides and mowing may become unnecessary. Grazing also stimulates nutrient Cycling and reduces commercial fertilizer; animal and remove a bit of nutrients, and their waste is a valuable component for trees. A well-organized grazing will increase humus and improve soil conditions. At the same time, monitoring the number of animals per unit area, the limitation of days, when the animals graze on the same mass, and avoiding soil compaction are critical for a successful leapstone system.

Lisapatrish in turn also protects the animal from wind, land — erosion, soil and water. Furthermore, in animals there is a possibility in hot weather to hide in the shadows, that they do not have grazing fields. Trees also reduce the number of horseflies, highly irritating to animals (horseflies visually oriented and don’t like shadow).

Trees planted in single or multiple rows along the edge of the field to reduce the effects of wind on crops or livestock. The shelter belts have been shown to reduce the wind force in the horizontal direction, equivalent to at least ten times the height of the trees. Reduced wind and water erosion, creating a more humid and favorable microclimate. Winter windproof strips hold the snow, and winter crops or domestic animals are sheltered from the chilling wind. Beneficial insects in windproof strips find permanent place of habitation, in turn enhancing the protection of the crop.

Although the trees compete for available water along the edges between the windbreak strips and rows of crops, potentially reducing yield near a windbreak strip, the net effect on productivity positive. In fact, even on land well located for grain crops, the shelter belts can increase the yield of the entire downwind field by 20%, even if the shelter belts are included in the total cultivated area.

The shelter belts can be designed specifically for sheltering livestock. Studies have demonstrated the economic benefits of providing protection from the cooling wind , the main stress experienced by livestock living in the winter in the open air.

The results of the application of windbreaks are reducing bills for feeding, increase milk production and improve calving success.

In addition to protection of crops and livestock, the shelter belts offer other advantages. They help wildlife, especially speaking as a long corridor along which animals can safely move.

The shelter belts can be developed in more centres of income: hunting leases, selective logging, trade with wood and special forest products are some of the possibilities.

Any tree species can be used to windproof the bands. However, deciduous trees even in the many series will lose its effectiveness as soon as defoliation. For year-round use of some selected species should be evergreen. Should be included fast-growing trees along the borders is better to plant noncompetitive grasses with deep root system. Regular deep chizelevanie along the borders will keep the roots from spreading into grain ranks. If some of the trees are regularly cut down, it can put the new by organizing a long-term rotation in windproof strip.

The trees, grass and/or shrubs planted along streams or rivers, are referred to as coastal buffers or filter strips. This planting is designed to delay the soil, excess nutrients, and chemical pesticides moving over the surface of the earth, before they enter watercourses. They also reinforce the river Bank. On arable land, where there is a pottery drainage to improve drainage, polluted water can directly flow into streams. Wetlands organized in the buffers can capture and clean this drainage water before it enters a watercourse.

Forests along streams and meet other needs of society largely due to the accumulation of water and help prevent erosion of river banks, which in turn decreases sedimentation downstream. These zones also protect and improve the water environment. A shadow on the water makes it cooler, an essential condition for many desirable aquatic species. Buffer strip at the same time form the habitats of wild flora and fauna, and can be used for special forest products.

When natural forests are used for wood products and collateral management, they become agroforestry system.

In addition to the production of logs and pulpwood, forest land can generate income from many other products. Established forests offer many non-timber “special forest products”, making ensure cash flow without requiring the one-time harvest of old trees.

The number of products that the forest can bring, limited only by the imagination of owners and their ability to identify and take advantage of a profitable market. Here are some examples:

– honey and other bee products,

– decorative or unusual forest materials, such as nodules on the tree,

– seeds of trees and shrubs, seedlings and timber waste,