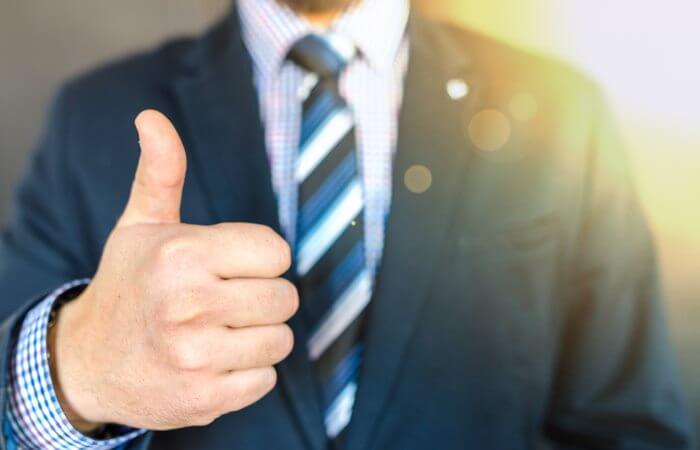 Position
on the General designer on creation of arms, military and special equipment

4. Candidates to empower the General designer is considered by the Board of the Military-industrial Commission of the Russian Federation.

5. Candidate to empower the General designer can be a highly qualified specialist with higher technical education, academic degree doctors of Sciences, work experience of not less than ten years in engineering positions in the relevant field of work in organizations of defense industry complex (further – organization), experience in the implementation of state, Federal and other programs, as well as academic achievements.

10. The General designer can be appointed to a position in an organization that is a co-executor of the works performed under the project (hereinafter – the organization co-contractor) and to own shares of joint stock companies related to the implementation of the project.

12. Rights, obligations and responsibility of the chief designer are regulated by the legislation of the Russian Federation, these regulations and the employment agreement concluded with him in the prescribed manner.

13. General designer has the right to:

b) approve the technical specifications for the design of component parts of armaments and military equipment or to coordinate them in cases when they are approved by the state customer of the armaments, military and special equipment;

C) to coordinate the work of associate contractors, as well as to take delivery of results (components) of research and development work performed in accordance with the approved technical specifications;

g) to approve in the established order of the program and methods of preliminary tests of samples of arms and military equipment;

e) to monitor the implementation of works on modernization created under his leadership, weapons and military equipment;

g) to submit in the established order proposals on the allocation of financial resources for modernization, reconstruction and expansion of scientific and experimental base, the acquisition of materials, components, laboratory and testing equipment, as well as to promote the most distinguished employees of the organization;

h) to prepare proposals on the creation and implementation of new technologies, components and materials, the use of which will ensure a high technical level of developments;

I) make selection of qualified professionals and recommend them in the prescribed manner for appointment to positions in organizations and as co-executors;

K) to prepare, within the established Fund of payment of labour proposals to change the organizational structure and the number of scientific research, development and test departments of the organization based on service and production necessity;

l) provide in the prescribed manner proposals for new research work required for the project;

n) approve agreement with the Board of the Military-industrial Commission of the Russian Federation and the head of the organization (managers, associate contractors) position about the main designer involved in the project, to include requirements for the chief designer and his rights, duties and responsibilities;

o) to create and lead the councils of chief designers in order to fully ensure the realization of design solutions and coordination of works performed in the framework of the project.

a) to analyze tendencies of development of technologies in the field of armaments, military and special equipment in the leading foreign countries for their use in the development of new weapons and military equipment;

b) to use to create weapons and military equipment of the latest scientific and technical achievements, providing military-technical superiority over the foreign analogues;

C) ensure conformity of the developed models of weapons and military equipment tactical and technical specifications and requirements in terms of reliability, life, maintainability, quality and technology applicable to them;

g) develop and approve jointly with the state customer of the armaments, military and special equipment in coordination with the Board of the Military-industrial Commission of the Russian Federation the schedule of the implementation of the project, including actions for the resources (financial, technological, production and other);

e) exercise control over a target expenditure of the financial resources allocated for the creation of samples of armament and military equipment;

g) to coordinate the tactical-technical (technical) job research and development work, tactical and technical requirements to develop models of weapons and military equipment;

h) to provide a high manufacturability of the developed models of weapons and military equipment, to use the most promising technical solutions for the organization of their serial production;

and) carry out scientific and technical supervision of works performed in the framework of the project organizations participating;

K) to organize the study of new samples of weapons and military equipment in operational conditions and on the basis of such examination results to ensure their improvement (to increase their reliability and life, reducing costs, reducing energy consumption, fuel and lubricants and other materials during manufacture and operation);

l) to participate in the work of the commissions on carrying out of state tests developed weapons and military equipment, as well as commissions (expert groups) in the preparation of project proposals of the state armament program, state, Federal and other programs in the area of ensuring the country’s defence and state security;

m) to coordinate plans for pilot and serial production of weapons and military equipment;

16. General designer is responsible for:

a) the formation and implementation in accordance with their competence of a single scientific-technical and innovative policy in the sphere of ensuring the country’s defence and state security;

C) the creation of samples of armament and military equipment on the world standards level;

g) strict adherence to deadlines create weapons and military equipment within the limits allocated for this purpose financial resources;

e) ensuring rational cooperation associate contractors and coordination of works undertaken by them under the project;

I) systematic improvement of technical and technological level of armaments and military equipment manufactured in accordance with the approved design documentation organizations, which mastered the mass production and timely provision of production capacity of prospective development;

K) develop proposals for improving the design and technological level of production and experimental base organizations;

l) implementation of the recommendations contained in the opinions (reviews) of the state customers of arms, military and special equipment, including in the part concerning standardization, unification, manufacturability and metrological assurance of the developed models of weapons and military equipment and their parts;

m) timely preparation for release of new and modernized samples of weapons and military equipment, developed under his leadership, in return, be removed from production.

17. Mandatory consultation with the chief designer to be questions regarding:

a) increase resource and extend the service life, improve the quality and competitiveness of the developed samples of weapons and military equipment;

b) development of cost estimates for procurement of components, equipment and materials, reconstruction and technical re-equipment, use and development of research and experimental base necessary for the creation of samples of armament and military equipment on the basis of planned volumes;

C) reduction and redistribution of allocated financial and logistic resources, adjustment of the timing of research and development works in case of change of indicators of the state defense order;

g) transfer of results of intellectual activities and technologies of military, special and dual-use technical documentation for the products of military, special and dual designation, created at accomplishment of research, developmental and technological works under his guidance and the use of these results and the documentation, including patents for invention, useful model or industrial sample;

d) appointment and dismissal of the heads of the scientific and technical divisions of the organization and associate contractors;

g) the appointment and dismissal of the chief designers of the products included in the developed models of weapons and military equipment.

18. The General constructor shall report its findings to the head of the organization and (or) the members of the Military-industrial Commission of the Russian Federation.

19. The procedure for the appointment of chief designers, are not participating in the project determined by the Board of the Military-industrial Commission of the Russian Federation.

Here are 10 of the benefits on the results of the introduction of the Soviet management technologies!

Even Presidents do it!

As in 5 minutes to check the qualifications of the subordinate You of the head of Department as a leader?

Method of increasing the efficiency of labor, 1939 “Soviet economic miracle”

Answer six questions, and Russia will become the most democratic country in the world

The last General designer of the USSR

Head, honey, bees, and buckwheat field. Or how to manage a team of 300 people or more?

Management course for the head of the Department. Very brief! TAKE it and DO it!

Enough to endure such a mockery! It’s time to act!

School of General designers of the USSR and Russia

Express consultation in the field of Economics, management and law 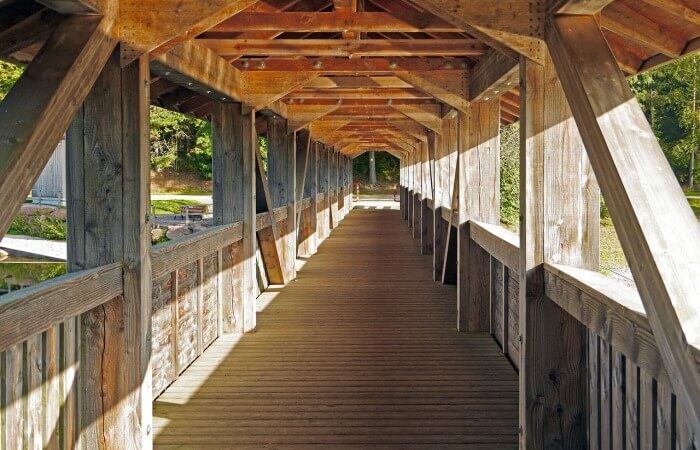 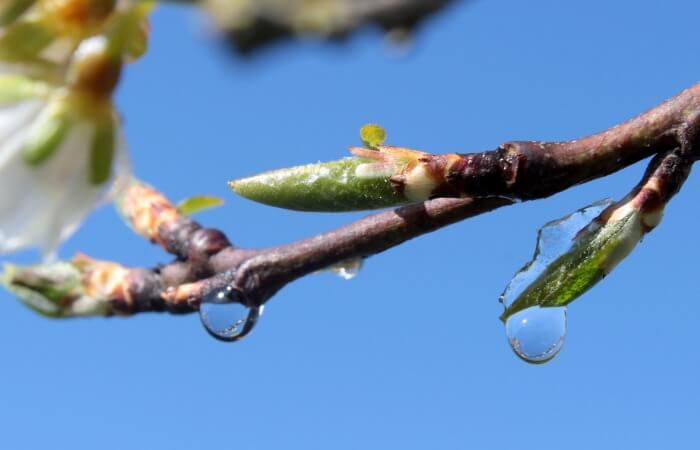 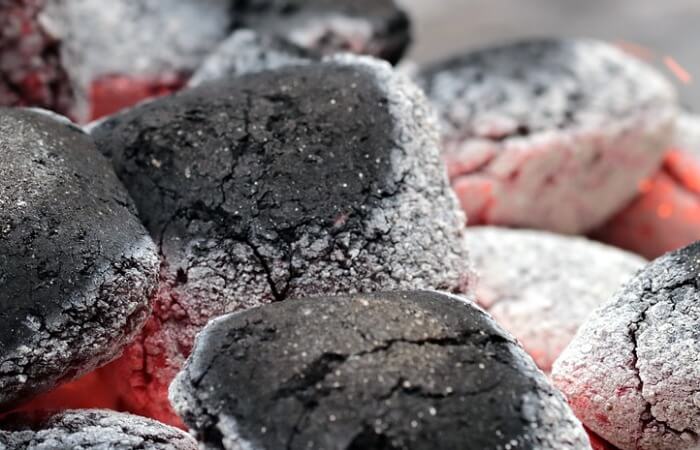