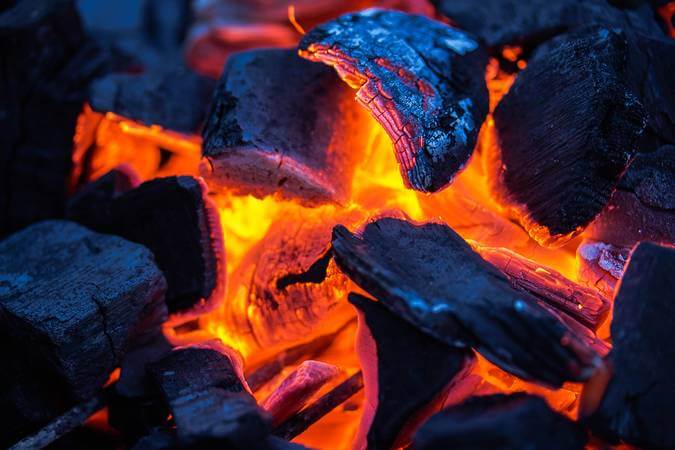 Under the fuel understand the materials suitable for the production of energy (heat, electrical, nuclear, etc.).

Production and use of fuel

Fuel for the furnace

Different natural types of fuel appeared due to the passing of various natural processes on Earth. A multi-meter and a kilometer-long sediment organic matter was compressed, decomposed, exposed to gas, water, high and low temperatures. There was a formation of oil, natural gas, peat, coal (black and brown, anthracite).

Peat is considered the most “young” fuel. It is typical for wetlands where decompose large amounts of plant organic matter.

Coal is older and denser peat. The breed has practically no pores. Base — rotted vegetation, but after significant changes. In particular, anthracite 93% or more pure carbon.

Wood is a renewable resource.

Called artificial fuelmade from natural, organic raw material in the process of purposeful processing (distillation), or an attendant, by-products.

Artificial fuel can be:

composite. To obtain mixed multiple types of fuel, including with the addition of initially non-combustible components. This group includes emulsions, slurries, pellets and briquettes;

– combustible waste. This group includes waste from industrial activities, domestic waste, organics remaining in the fields after harvest of the crop or clearing areas for planting, waste oil, washing liquid.

Depending on the state of aggregation of the fuel can be:

– solid. With the exception of oil shale and natural wood all types of solid fuel — a product of the decomposition, the heat treatment of the vegetation, the skeletons of animals, pressed for thousands of years;

– gaseous. Fuel produced from purely gas deposits as a byproduct in the development of oil reservoirs or sinking. In addition to the methane part of natural gas include small amounts of N2, higher hydrocarbons CnHm and carbon dioxide CO2. Another common component – sulfur compounds are separated on the production phase.

Generation and application of fuel:

The most popular solid fuel — coal (stone, brown and anthracite). In second place is wood and peat. Coal used in thermal power plant, metallurgy. The wood is used for construction, furniture production and as fuel for stoves, fireplaces, bath complexes.

More than 80% of the world’s liquid fuel products of petroleum refining.

The main products of the distillation of crude oil — gasoline and kerosene demand, as automotive and aviation fuel. CHP plants running on fuel oil. Thus, it is necessary to solve the problem of removing sulphur compounds from products of combustion. Depending on the brand of the original oil in the fuel oil may contain up to 4.3% of this element. The higher the percentage of sulfur, the greater the cost of maintenance of the equipment, the higher the wear.

Gas fuel directly obtained from both the gas fields and the quality of the product, the accompanying oil. In the latter case, the gas contains more higher hydrocarbons while reducing the volume of methane. It burns better and gives more warmth.

Compost heaps and garbage dumps have become a source of biogas. In Japan, building a special small factories, capable from sorted garbage to a day to 20 m3 of gas. This is enough to generate 716 kW of heat energy. In China, according to UNESCO, openly at least 7 million factories and plants for production of biogas from decaying organic matter.

As fuel is hydrogen. Its main advantage is the stocks are not tied geographically to specific regions of the planet, and the combustion produces pure water.

From items found in nature to produce nuclear energy fit two elements: thorium and uranium. In the fission of the isotope uranium-235 (no more than 1/140 of the total uranium available on the planet) releases energy in the form of heat.

As nuclear fuel is also used isotopes are uranium-238 and thorium-239. If there is a division of all the nuclei contained in 1 kg of pure uranium, it is possible to 2107 kWh of energy. If to compare with coal, to obtain the same result will have to burn at least 2.5 thousand tons of high quality anthracite.

Natural nuclear fuels are uranium isotopes 235 and 238. In the latter case, after the capture by the nucleus of the neuron, the material is transformed into the isotope plutonium 239.

Secondary nuclear fuel – a product of processing of raw materials. Not found in nature in pure form. This category includes the isotope plutonium 239 and uranium 233.

Nuclear fuel is not intended for use in conventional CHP. It is made capsules with a size of a few centimeters and placed in a sealed fuel elements (Cartridges) for nuclear and nuclear stations. Nuclear fuel might still use in the engines of submarines, ships, particularly the powerful industrial machine.

The widespread contamination of the environment leads to understanding, which requires additional energy sources in addition to traditional gas, coal and oil. In addition, the volumes of natural resources are finite and sooner or later will have to decide what to heat their homes and fill up their cars.

Fully eco-friendly fuels there. Some damage to the environment is applied either directly in the development of fuel, or by burning it in engines and furnaces.

But there are a few options for clean fuel, for which, perhaps, the future:

– ethanol or ethyl alcohol derived from the fermentation of organic matter;

– a specially processed vegetable oil. The engine design is similar to diesel design. The exhaust gases safe for the environment;

– hydrogen. When modifying a standard internal combustion engine can increase the efficiency from using hydrogen to 117%. The main drawback of fuel — a volatility both in liquid and gaseous form;

The main advantages of environment-friendly fuels can be attributed to their accessibility. Alcohol or vegetable oil can be obtained from the majority of the plants grown on the planet. And hydrogen is one of the most common chemical elements.

As fuel for the furnace can be used: briquettes, ecography, wood, coal, gas.

When choosing a furnace, you should carefully study the technical documentation from the manufacturer. The passport specifies the valid types of fuel.

To obtain a compressed waste furniture industry, straw, peat, sunflower husk. There are chemical components that are harmful to humans.

Briquettes are convenient to store, they burn long and evenly, giving 2 times more heat than dry firewood. Ash content — at a minimum level (3%).

– NESTRO — cylinders, with and without cavities;

From briquettes to pellets only differ in size. A method of manufacturing and material-based — are the same. The raw material is crushed to a state of dust, then mixed with lignin and pressed into pellets.

Pellets burning in boilers and furnaces, fireplaces, barbecue. Consumers are offered and specialized pellet boilers with automatic loading. They are able to work without attention of the operator and to heat not only private, but also multi-storey houses, and manufacturing plants.

– when burning 1 kg of fuel produces 4500 kcal of heat. This greatly more than of wood;

– does not require special conditions for storage;

– does not require frequent loading of the stove or boiler. The flame is smooth.

The lack of pellets — high price due to complicated manufacturing technology.

The relevance of wood is determined by the availability, low ash content (less than 3%) and high emissivity.

Coal is the result of the pressing, heat treatment of organics for thousands of years. The older the coal seam, the more it carbon. The oldest is considered to be anthracite. Coal younger, and brown is the youngest in comparison with other breeds.

The calorific value and moisture content are determined by the age of the fossil.

In lignite water. And he gives less heat, thus having negative effects on the environment. During the combustion there is a partial sintering of coal with the formation of large amounts of slag and ash. Another disadvantage of coal is a significant sulphur content, damaging parts of metals. As an independent fuel brown coal is rarely used.

A significant part of heating units for private homes is working on coal (anthracite and stone) because of its high heat transfer.