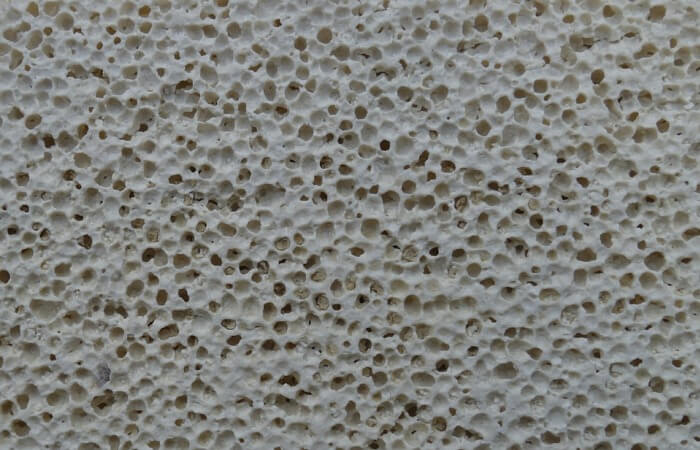 Metal-organic framework structure, MOF is a porous crystal materials in which metal ions linked with organic molecules. Within such frame structures are formed of fairly large pores of nanometer size, which can be “guest” molecules.

The use of metal-organic frame structures

Metal-organic framework structure may be one-dimensional, two-dimensional or three-dimensional. Outwardly, they look in the first case, as chains, and the second as a grid, in the third frames, crystal lattice.

The structure of the MOF can be represented in the form of construction, the nodes of which are inorganic clusters connected to organic molecules like rods. 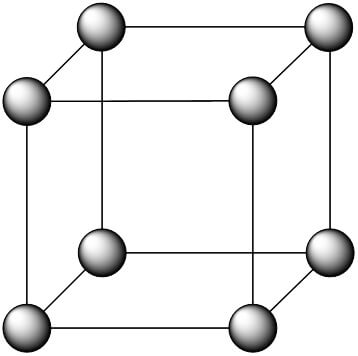 MOF is a new class of porous crystalline organic-inorganic polymers. The volume of the internal space of the MOF pores may have a size from several nanometers to 50 nm and more.

The figure below shows the crystal structure of MOF-5, having the chemical formula Zn4O[O2C–C6H4– CO2]3, possible application of which is the sorption of hydrogen. 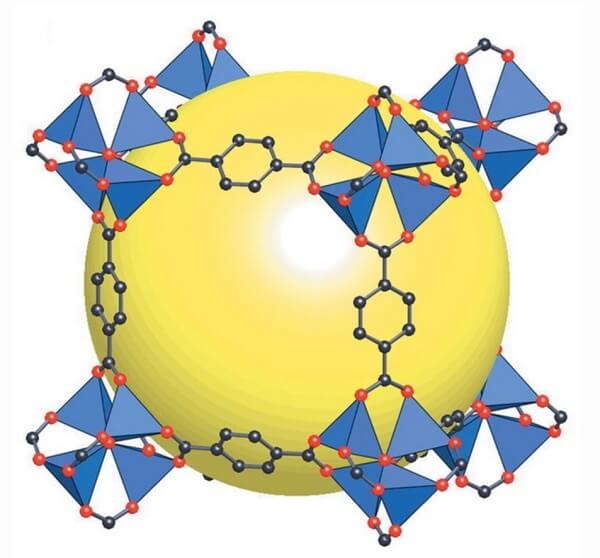 Blue is a ZnO4 tetrahedron (Zn in the middle, O in the vertex of the tetrahedron). Inorganic cluster consists of four tetrahedra forming a large cube. Vertices of the cube are connected by linker – terephthalic acid. The inner space of MOF-5 the figure shows a large yellow ball.

– high specific surface area. Some MOF it is greater than that of the activated charcoal,

the selectivity to certain chemical substances and compounds, for example, certain gases. Thus, the MFM-300 (Al) able to selectively capture and back to give nitrogen oxide (NO2) from airin which nitrogen oxide (NO2), he may be in a very small amount – up to 1 part per million, and MOF-801 can absorb and give back by light water vapor from the air even at low humidity,

– MOF can be easily modified at the molecular level,

– the ability to modification. MOF could reversibly change their configuration under the influence of light, temperature, pressure, electric field or chemical reaction. For example, the structure of some MOF could reversibly transform from three-dimensional porous two-dimensional layered. Configuration change allows the MOF to first capture molecule, and then after the change to give them

the pore volume of the MOF can be controlled through selection of the organic component for the synthesis of MOF.

The use of metal-organic frame structures:

for the capture and storage of various substances

– as sorbents in many areas

– getting water from the air.