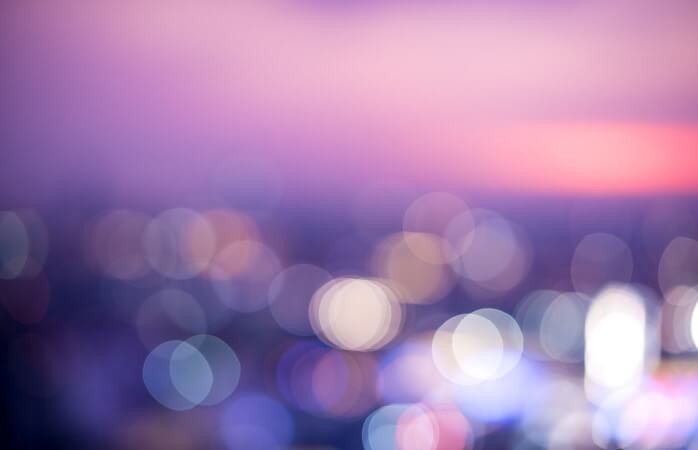 Luminescence is the luminescence non-thermal character, which is observed after the absorption of body (matter) energy of excitation.

The mechanism of manifestation of the luminescence

The application of luminescence

Today in the scientific community under the phenomenon of luminescence means non-thermal glow of nature, which is observed after the absorption of body (matter) energy of excitation.

In the study of the nature of the luminescence is of particular importance in the light, i.e. the process of emission of light rays. Scientists have identified two types of light sources. The first type occurs in the case that is heating the material body to a certain temperature. In other words, the thermal heating of the object is the cause of its glow. The second type of the light sources applies the cold glow of the material body, which can be expressed in different forms of luminescence.

To understand the difference between “heat” of the glow body from the cold light , you must consider the physical processes occurring during heating of matter. With increasing temperature, the atoms within the substance move more rapidly. The electrons are accelerated and move on the highest level, characterized by excess energy. In this state, the electrons are fractions of a second, losing the excess energy. The process of losing energy by the emission of a photon. The energy of a quantum of light is equal to the difference between adjacent energy levels.

An example thermal heating of matter is the torch, a lighted candle, solar activity, brightness of stars, reddened from the heat of the surface of the plates, a glowing spiral light bulb.

The illumination of the material body, not caused by heat is called luminescence.

As an example, luminescence can distinguish neon advertising shops in the city centre, the glowing screens of computer monitors and televisions, clocks, and numbers of laboratory instruments, Northern lights, night waves, the forest of fireflies etc.

Initially, the phenomenon of luminescence was used in the manufacture of phosphate compounds having the ability to glow. These paints are applied on an instrument scale, and facilitated work with them in the dark.

The official recognition of the luminescence occurred in 1948, when the scientist S. I. Vavilov unexpectedly justified the application of this phenomenon is not only scientific, but also in everyday life. Cold glow began to use in chemical analysis of different substances, and thanks to a special coating the inner surfaces of glass tubes in mass production economical lamps to daylight.

Later, S. I. Vavilov has formulated his vision of the luminescence as follows: “it is excessive radiation of the body, the duration of 10-10 seconds, prevailing over thermal radiation”.

A specific feature of the luminescence is the possibility of manifestations of this phenomenon at lower temperatures, which completely eliminates the use of thermal energy.

From other types of non-thermal radiation , the phenomenon of luminescence is long dispersion and reflection of light, is considered by S. I. Vavilov. In his opinion, this value must be less than the period of oscillation of the light wave, i.e.,<10-10 sec.

To a specific the features of the luminescence should also include a few statements:

a) this phenomenon has a finite duration of the symptoms;

b) can manifest itself not only in solids but also in liquids and gaseous substances;

C) do not obey the laws of thermal radiation;

d) equate this phenomenon to electromagnetic radiation from excited the smallest particles of matter.

Luminescence describes a number of the indicators used during the research.

Key indicators of luminescence include:

– the spectrum of radiation (shows the combination of all the waves forming the flow of cold radiation),

energy output (shows the ratio of the energy flux of the luminescence to the received energy of excitation),

– quantum output (shows the ratio of quantum flux luminescence to the number of photons absorbed by the substance in the framework of the exciting radiation).

On the intensity of luminescence is influenced by several key factors:

2) with increasing ambient temperature above 0°C, the expression of luminescence is reduced;

3) the luminescence is influenced by the concentration of the fluorescent coating;

4) the presence of third-party substances reduces the activity of the phenomena of luminescence;

5) strengthening of the exciting radiation stimulates the luminescent light output.

The processes occurring in the substance at the microscopic level during luminescence, subject to scientific laws (rules).

The key to the laws of luminescence include:

– Stokes and Lyummel ‘ introduces a pattern shift of absorption spectra,

– constancy of the spectrum of luminescence at a given temperature (substantiated Kashi),

– V. L. Levshin substantiates the phenomenon of mirror symmetry, which States that the spectrum of the luminescence is possible to determine the absorption spectrum and Vice versa.

On the basis of studies Vavilov is also able to identify a pattern of constancy of the quantum yield, which States that the energy yield of the luminescence at the initial stage is enhanced directly in proportion to the wavelength of the stimulating rays, however, subsequent decreases to the minimum (practically zero).

The mechanism of the manifestation of luminescence:

If we consider the technical aspect of applying luminescence, the forms of manifestation of this phenomenon is the phosphorescence and fluorescence, acting as a subspecies of photoluminescence.

In the conventional sense of the photoluminescence it is necessary to understand the illumination of the material body, arising under the influence of visible light and ultraviolet rays of the spectrum.

Under the phosphorescence in the scientific community is considered to be long-afterglow substances (lifetime 10-9-10-6 sec).

Under fluorescence understand the luminescence arising from excitation of the substance (10-3-10 s).

A sharp boundary between the phosphorescence and fluorescence, in practice, no. The screen of the TV set Shine brightly not only during his work that due to the direction of impact of the electron beam (fluorescence), but after turning off the TVwhen the human eye catches the faint afterglow of the screen (phosphorescence).

Substances that have the unique ability to generate “cold light” with no heat called phosphors. To the phosphor was excited, and began to emit the light thereto is necessary to bring external energy. The most common method of excitation of the phosphor is the impact on the material body of the fluorescent light or UV rays.

In scientific circles this phenomenon klassificeret according to the following criteria.

– if the glow fades away after the disappearance flux of the exciting radiation, that is fluorescence. For example, in daylight fluoresce blue light crystals of naphthalene.

– if the glow continues some time after cessation of exposure energy of the exciting action, here is the phosphorescence.

According to the method of excitation:

the phenomenon of luminescence is most often identified with the name of the photoluminescence, since the substance is excited with visible light,

– under the influence of alpha radiation, beta rays and gamma radiation – there is radioluminescence,

– when excited, monitors, x-ray devices ionizing x-rays, there is a phenomenon of roentgenofluorescence,

under the influence of moving electrons manifests itself in the phenomenon of cathodoluminescence, causing the glow of the television screen

under the influence of friction occurs the phenomenon of triboluminescence,

– the influence of the electric field causes the appearance of electroluminescence. In other words electric current is passed through certain types of phosphors. Since the luminosity of the phosphors of this type are minor, they are used for light-signalling (LEDs, marked “exit” in concert halls and cinema halls),

chemical reactions cause activation of the process of chemiluminescence,

– the process of crystallization of substances that initiate manifestation of crystallochemistry,

– have solid material bodies distinguish between monomolecular, or metastable recombination luminescence. In the first case the excitation and the emission of cold light occurs within the same minute particles of matter. In the second case, a similar process is performed on the background of a metastable state. In the case of recombination luminescence excitation and the emission of cold light takes place in different places of the material body.

The nature of the substance emitting the glow:

Luminescence can be primary, when cold glow emits the substance (vitamins a and C) or secondary, if the substance is treated with special dyes. So, the blood cells start to luminesce after treatment of plasma with organic dyes – fluorochromes.

The application of luminescence:

Today one of the promising directions of use of the phenomenon of luminescence acts luminescent analysis. Since the spectral analysis of the luminescence shows the internal structure of the material body, it can be used in the research quantitative and qualitative composition of chemical substances.

Fluorescent analysis is widely used, especially in medicine for diagnosis of various diseases.

In pharmacology, a similar analysis is used for identification of drugs and drugs that have pronounced luminescent properties.

To other areas of the use of luminescence include:

– the use of fluorescent additives for the detection of heterogeneities and defects in metallurgy;