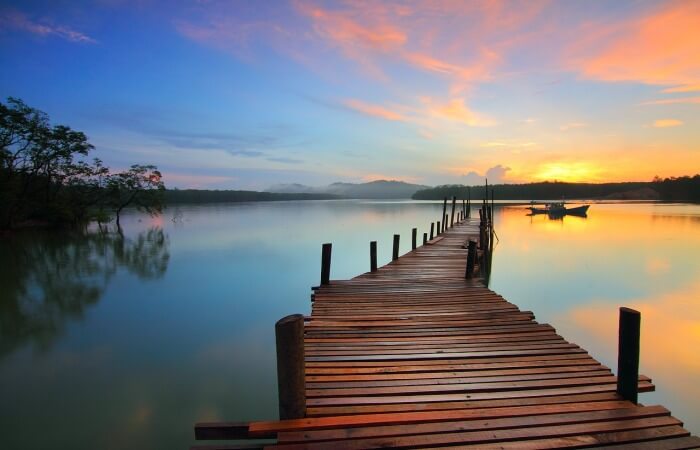 Hydroelectric power plant (HPP) is a complex technological system, whose ultimate goal is obtaining power from the river watercourse.

Hydropower is an alternative way of obtaining cheap energy

Hydroelectric power as a hydraulic structure

The principle of operation of the power station

The design and components of hydroelectric power

The pros and cons, advantages and disadvantages of hydroelectric power plants

Prospects for the use of hydroelectric power plants

The largest hydroelectric plant in the world

The largest hydropower plant in Russia

Hydropower is an alternative way of getting cheaper energy:

At all stages of its development, human civilization desperately needed sources of cheap energyto heat homes and to maintain a simple production operation craft folk. The main sources of energy treated heat energy obtained from combustion of wood, peat, coal and derivatives of hydrocarbons without recycling.

However, to obtain thermal energy was necessary to have adequate supplies of raw materials. In other words, in the home of a peasant who lived in the middle ages, fire was burning, and in the oven of an artisan was attended by a fever, you had to harvest wood or to have the necessary supply of coal. Fuel demand continued to grow, necessitating the construction of coal mines, has led to deforestation and to improve the production of hydrocarbons.

Despite traditional notions, formed in the scientific community for centuries, always there was a real alternative to conventional sources of energy. We are talking about hydropower, which is hidden inside a moving water flows. In fact, the amount of power concentrated in the fluvial watercourses, and tidal movements of natural waters is immense. The most promising option for obtaining cheap energy is the transformation of internal potential in the electric resource, due to the difference of flow levels. Until the mid XIX century large spread of water wheels, the transformative power of falling water into mechanical energy of the rotating shaft. The working principle of the water wheel was widely used in the water mills, in the work of the blacksmith’s hammer and bellows. In the following, replaced water wheels came with a more productive turbine with high efficiency.

Today, there are several definitions of a hydroelectric power plant (HPP). The most common wording of this definition should include the following:

Hydroelectric power plant (HPP) is a complex technological system, whose ultimate goal is obtaining power from the river watercourse.

Or, for example, is:

It is obvious that the main condition for the operation of the power station is the observance of several factors:

a) the flow of large volumes of water all year round

b) the maximum slope of the river relief to allow the water mass to tumble and fall down.

Hydropower plants (HPP) built on the rivers to have access to a renewable water source.

For the smooth and stable operation of the plant necessary reserve supply of water, concentrated in the reservoir. Thanks to the artificial reservoir with the specified volume of water mass you can adjust the power of the water flow. To obtain a reservoir with clearly defined boundaries, erect the dam, which blocks the watercourse.

Hydroelectric power is one of the types of hydraulic structures that are erected by man for the purpose of rational use of water resources. Hydraulic structures have specific functional purpose, however, all of the varieties served by water flows.

Thus, the hydroelectric plant should be considered as one of the types of structures erected by man on the river watercourse.

According to its mission, hydroelectric power plant (HPP) is a hydraulic structure that uses a huge mass of falling water to generate electricity.

When deciding on the construction of the HPP taking into account the potential of natural river stream to the supply of sufficient water resource. In addition, at this stage should be to thoroughly study the peculiarities of local relief, which can significantly affect the capacity of the station.

The principle of operation of the power station:

In a simplified understanding of the working principle of hydroelectric power plant can be represented as follows. Necessary for the operation of the power station the water flow is supplied by several waterworks. The pressure of the water mass pushes on the blades of the turbines, which are set in rotational motion. Since the beginning of the rotation of the blades, the mechanical energy is transmitted to the generators which in turn produce electricity.

One of the Central premises of the power plant is the turbine hall, which houses the basic power equipment. Under the engine room, a large room, located in the lower part of the object. In the hall on a special concrete base is a whole system of hydroelectric generators, which in turn consist of turbines and generators. The water flow supplied to the turbine, forcing the blades to spin, causing the generators begin to produce current.

Length of the machine room depends on the number of turbines located here. The hall is equipped with a bridge crane, due to which there is a periodic replacement of worn equipment, i.e. turbines and generators current. The turbines, produced by the domestic industry, designed for different water pressure, so selected for a particular hydroelectric power station taking into account the calculated power. The work of turbines and generators controls a duty shift of operators from other premises, located in the powerhouse.

Analyzing the many controversial aspects of the hydropower plant, you can not miss the appointment of a separate waterworks, without which the conversion process of mechanical energy, in principle, impossible. Among the most important hydraulic structures should include a dam (the dam).

The main purpose of the dam – the deliberate overlap of the river channel with the diversion of the watercourse via a closed channel or an artificial channel in the direction of the hydroelectric plant. The dam, together with the plant form a complex hydraulic structure – the dam. As a result of damming of the watercourse of the river formed a large enough reservoir, the level of which can be adjusted by increasing or decreasing pressure release. In the mountainous areas are built solid dam that completely blocks the river-bed. To great pressure of falling water requirements to the weight of the dam, increasing its strength. That’s why during the construction of mountain dams use concrete (reinforced concrete) Foundation. Sufficient reliability feature stone dam, built of thick rock or high strength solid bricks.

Obviously, to ensure the smooth operation of HPP is necessary to maintain pressure within the prescribed limits. Therefore, the water flows to the turbines, pre-concentrated in a surge tank. This approach is relevant for power plants built on rivers with natural flow of water masses which do not change throughout the year. For river water bodies with unstable flow rate required the construction of a dam with the formation of clear boundaries of the reservoir, which is accompanied by a rise in water level.

Trouble-free continuous operation of the HPP provides a control device and control station.

Equally important is additional equipment the transformer substation and switchgear.

From the well-coordinated work of all systems and devices depends on the safety operation of power plant. Due to the complexity initiated by operations and production schedules increases the responsibility of the steering apparatus and maintenance personnel for trouble-free operation of the entire facility.

Depending on the degree of pressure of the water masses are distinguished:

– low-pressure hydropower plant (height of the pressure here varies from 3 to 25 meters), this sets Kaplan turbine;

– srednemotornoy hydropower plant (height of pressure there may be in the range of 25-60 metres), in this practice the installation of the turbines axial and radial and rotary axis type;

Depending on the capacity of generated electricity are:

– low-power hydroelectric power station whose capacity does not exceed 5 MW.

Depending on the principle use of the water resource, there are:

– dam station electricity generation. GES of this type is the most common option. Dam (the dam) is being built with the aim of dividing the river bed and raise the level of water to generate the required pressure. Water is supplied to the turbine directly from the created reservoir. Scope – abundant rivers in the plains and mountain river with narrow channel;

– dam station. GES of this type are built with the aim of obtaining high pressure. The dam completely blocks the river-bed, and water is supplied through a special channel to the hydraulic turbines located in the lower part of the HPP;

station derivative type, constructed in areas with high slope the river. Water is diverted to the power house through the drains. Derivational hydroelectric power station can be with the pressure derivation, unconfined, or mixed type;

– pumped-storage plants. Station of the kind in normal circumstances can accumulate the generated electricity, and at peak loads to give to the system to maintain station operational.

– Daisy free-flowing station. The principle of operation of such a station as follows: in river flow across the channel (angle) falls a rope strung with rotors that are under the influence of currents to produce electricity. This type of HPP is an example of the potential transformation of the water mass into electric energy without the construction of the dam.

The pros and cons, the advantages and disadvantages of hydroelectric power plants. Environmental impacts from hydropower plants:

The advantages of using hydropower include:

– the use of inexhaustible green energy of nature;

– absence of harmful emissions into the atmosphere;

– a quick set of power after the launch station;

The disadvantages of hydropower include:

– the risks of accidents hydraulic structures built in mountain areas with high seismicity;

– the flooding of the fertile areas of the lowlands with the loss of opportunities for exploitation.

Prospects for the use of hydroelectric power plants:

Today, hydropower is a very promising direction of development of the energy sector in the States. Unlike nuclear power, hydropower is more preferable because it carries less risk of accidents and harm to all living things. Many Western countries are closing nuclear projects, preferring the more secure and environmentally friendly technologies to produce cheap energy.

However, hydropower development has been hampered by several factors:

a) the need for increased production of the turbines;

b) the lack of financing of hydropower projects;

C) the remoteness of hydro plants from cities and populated areas, which affects the transfer efficiency of energy resource.

The impetus for the development of hydropower may be to improve technology accumulation and transfer of electricity over large distances.

The largest (large) hydroelectric power station in the world:

The largest hydropower plant in Russia:

As of 2017 in Russia have 15 existing hydropower plants of over 1000 MW, and more than a hundred hydroelectric power plants with smaller capacity. 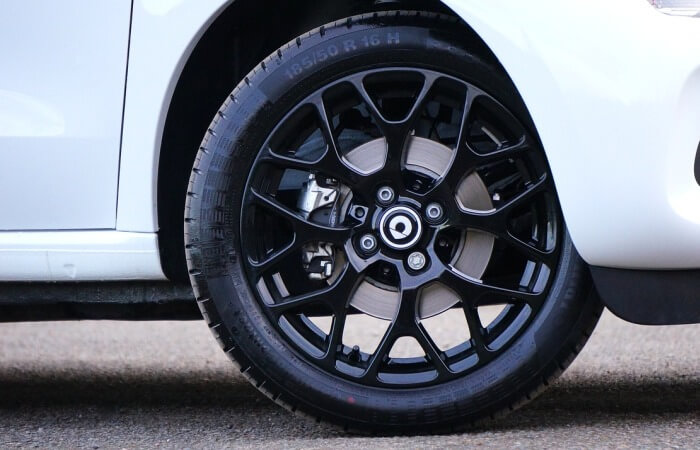 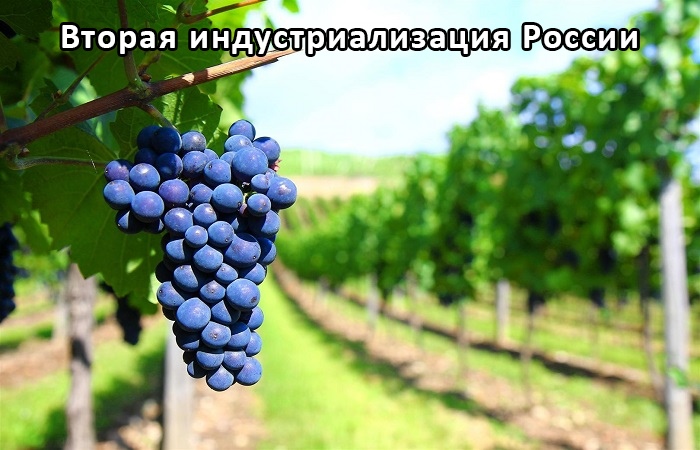 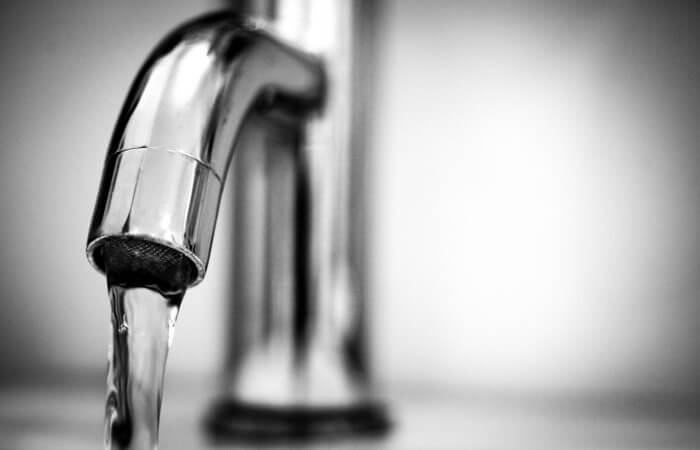