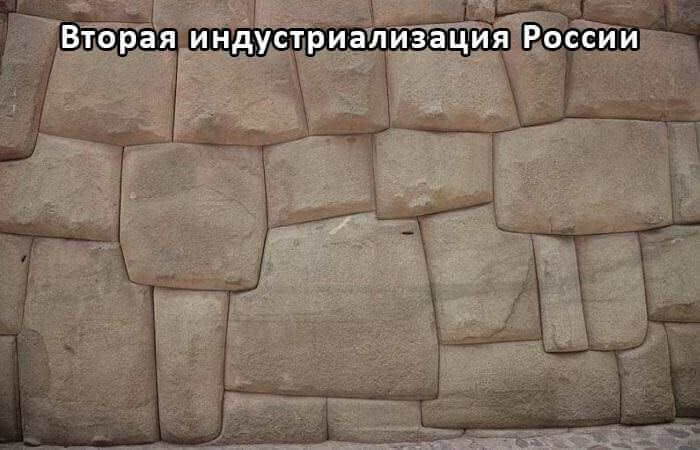 Geopolymeric concrete – what is it? Composition, technology and recipe

Properties and benefits of concrete geopolymers

Prospects for the use of geopolymer concrete

Ancient buildings and houses of geopolymerisation

Geopolymeric concrete – what is it? Composition, technology and recipe:

Geopolymeric concrete (geopolimer) – building material is known since ancient times. Has high strength characteristics, is made from natural raw materials.

Structure geopolymere concrete resembles stone. But because the design of such concrete is no metal fittings.

One of the most important components geopolymeric concrete are alkaline fluid, and fillers and fillers. Most suitable alkaline liquids for the production of geopolymerization are alkali sodium-based or potassium. Aggregates and fillers must contain in its chemical composition of aluminosilicate components (silica-alumina binder), i.e., the silicon (Si) and aluminum (Al). Such materials can be of the following natural ingredients: clay, silica, fly ash, rice husk, and waste production and metallurgical slag etc.

Composition geopolymere concrete differs from traditional concrete based on cement binder. Because geopolymeric concrete is a forgotten technology of antiquity, its exact composition and formulation with time lost.

Scientists and researchers around the world conduct experiments with the aim to reconstruct the composition of the components geopolymeric concrete recipe to obtain it.

So, one of the scientists proposed the following composition geopolymer concrete. It includes a mixture of:

– component silicate alkali or alkaline earth metal (sodium or potassium or both metals),

– hydroxide of alkali or alkaline earth metal (sodium or potassium or both metals),

Another scholar proposed a slightly different composition, comprising a mixture of:

alkaline activating additive, comprising an aqueous solution of hydroxide of alkali metal silicate and alkali metal (sodium or potassium or both metals);

– one or more fillers.

The difference of a second embodiment from the first is the presence in the composition of the second variant of an alkaline earth aluminosilicate.

Thus, if we translate the above composition in the clear and modern materials, the composition geopolymer concrete as follows:

– fly ash (fly ash, “fly ash”) – she aluminosilicate component (or aluminum silicate) and alkali-earth aluminosilicate, and the basis for the production of potassium hydroxide. The chemical composition of fly ash can contain up to 75% of SiO2 and Al2O3, and other oxides CaO, Fe2O3, SO3, K2O, Na2O, MgO and chlorides. The proportion of K2O in the ash can reach up to 25-35 % (the ash of buckwheat straw, stalks of sunflower). Chemical composition of fly ash depends on the burned fuel. The potassium oxide when interacting with water forms potassium hydroxide;

Silica – a compound of silicon and oxygen (SiO2), widely found in nature.

Slag is a by-product of steel production and is a melt of oxides (CaO, MgO, MnO, FeO, SiO2, P2O5, Al2O3, Fe2O3, Cr2O3) with moderate amounts of sulphides, and in some cases fluoride;

As for the recipe making geopolymeric concrete, at the present time, after a series of tests and experiments to obtain geopolymer of concrete using various ratios of these substances (fillers and aggregates, alkaline liquids, silica-alumina binder).

For example, the following recipe:

By mixing these components (fillers and aggregates, alkaline liquids, silica-alumina binder) is the chemical reaction which produces a polymer of two-dimensional aluminosilicate framework. At synthesis of atoms of silicon and aluminum form a solid branched polymer chain -Si-O-Al-O-Si-O-Al-O-, which gives the geopolymers on the physical and mechanical properties comparable with rocks.

Chemical reaction receive geopolymere concrete occurs in three stages. In the first stage, the dissolution of oxides of silicon and aluminum in an alkaline environment – the concentrated solution of NaOH or KON. The second – the natural components are split into monomers (atoms, ions). The third – the synthesis of monomers in a polymer material (grip and seal geopolymerisation).

The properties of geopolymers, their structure and applications geopolymer of concrete depend on the ratio of Si/Al in the raw material. The higher the ratio, the more mechanical strength and other unique properties has geopolimer. At a ratio of 1 work an ordinary brick, ceramics, etc. With a larger ratio of Si/Al obtained materials for the manufacture of fire-resistant and resistant to high temperatures materials.

– high compressive strength (corresponding to concrete grade M500 and more) and stretching, which over time only increases. Geopolymer strength of concrete comparable to strength of granite,

– low shrinkage that does not require a sufficiently long time for curing of the structure, causes stress and leads to cracks

– resistance to repeated cycles of freezing and thawing,

– refractoriness. Withstands heat up to 1300 oC without loss of strength characteristics

– ecological purity of production. Made from environmentally friendly materials,

– geopolymeric concrete safe for human and the environment

– quick adhesion and reduced strength compared to traditional concrete based on cement binder – 3 times. Set time maximum strength in 7-10 days instead of 28 days, the time set sufficient strength 2 days instead of 7-10 days

– low thermal conductivity. Wall of geopolymerisation 30 cm thick wall replaces the traditional concrete based on cement binder with a thickness of 1.25 m.

Prospects for the use of geopolymer concrete:

Every day increases the demand for building materials and particularly in concrete, the main ingredient is ordinary Portland cement.

Currently, only cement manufacture in the Russian Federation is more than 68 million tons per year, and concrete products 30 billion m 3 per year.

However, cement production has a negative impact on the environment, contributes to emissions of greenhouse gases in the atmosphere. This fact is recognized by many experts and environmental organizations.

At the same time has place a huge amount of industrial waste with inherent properties of the cement. First of all it concerns the waste of the energy industry, especially the evils of low calcium fly ash, waste metallurgy and metallurgical slag. These materials are the basic components geopolymeric concrete.

In Russia today have already accumulated hundreds of millions of tons of these materials (fly ash, metallurgical slag, etc.) as waste, which tend to increase.

The use of geopolymers will allow in the near future in part, and in the medium term to completely abandon cement, thereby reducing the waste industry and reducing harmful effects on the environment.

In ancient times, technology geopolymere concrete was used extensively. The pyramids of Ancient Egypt, the ancient city of Machu Picchu, megalithic structures in Peru and others In pre-revolutionary Russia by this technology made the columns in the temples and palaces of St. Petersburg, etc. However, with the discovery and application of cement technology for production of geopolymers (the exact composition and formulation) have been lost and forgotten. 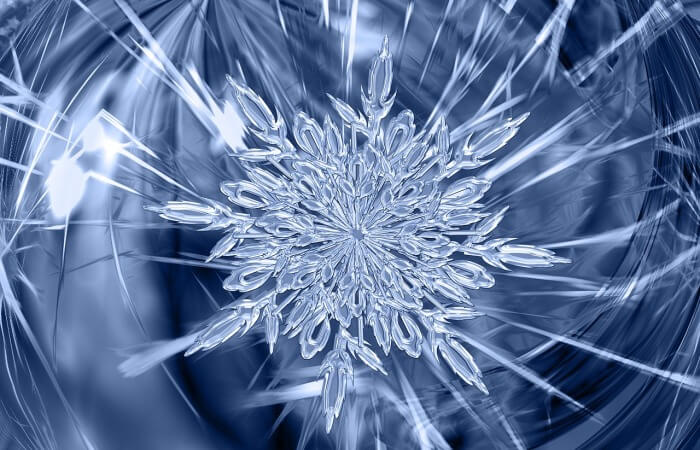 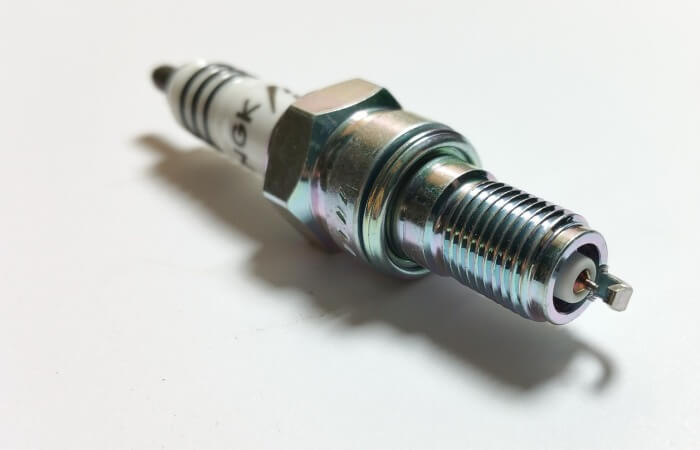 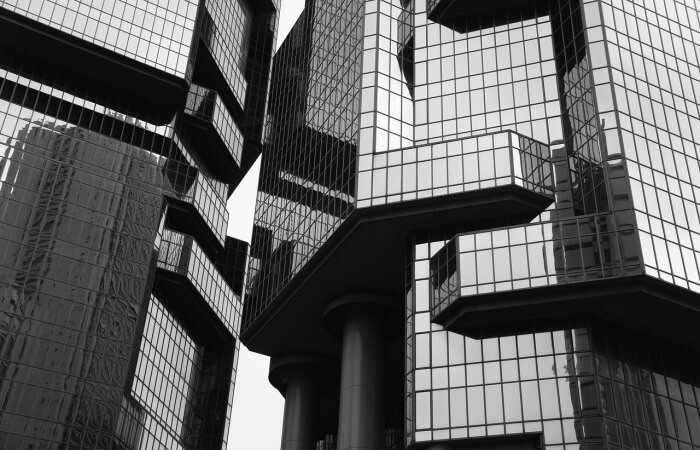