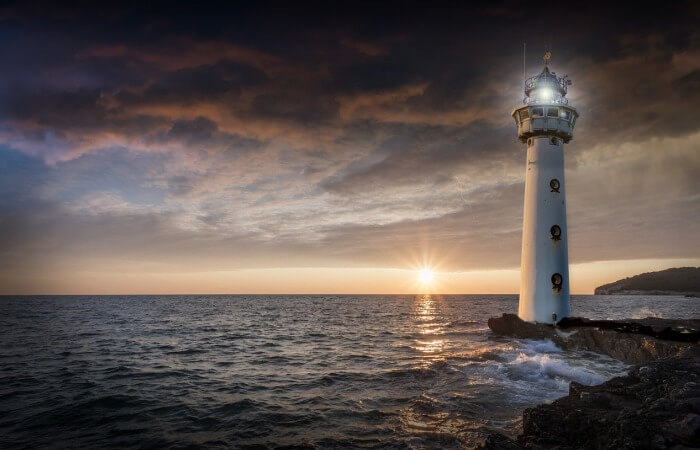 Fresnel lens is an optical part with a complex stepped surface. The use of a Fresnel lens as a concentrator in solar cells increases the efficiency of silicon cells to 45 %.

The use of Fresnel lenses

Fresnel lens is an optical part with a complex stepped surface. At this stage of such a lens can be delimited, usually concentric, spiral or linear grooves.

Fresnel lens is a compound lens. It comprises separate adjoining each other concentric rings (if steps lens demarcated concentric grooves) of small thickness, which in cross section have the shape of a prism of a special profile or cone with curvilinear profile. Each concentric ring of the lens Fresnel is an element of the surface of the solid lens.

Due to its design , the Fresnel lens has a small thickness and light weight even with a large angular aperture.

Fresnel lenses are circular and waist. The annular concentrated light beam in one direction waist in all directions in a certain plane.

Cross-section of the annular rings of a Fresnel lens is constructed in such a way that reduces its spherical aberration, the rays from a point sourceplaced at the focus of the lens, after refraction in the rings of the lens come almost parallel beam. 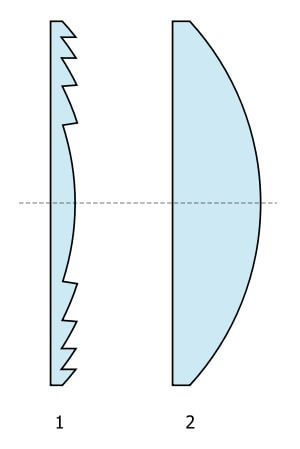 Fig. 1. The cross section of the annular Fresnel lens (2) and a conventional lens (2).

Waist Fresnel lens is a hollow rotational body. Its shape arises due to the rotation of the cross section of a Fresnel lens around the axis perpendicular to the optical axis of the lens. At the point of intersection of both axes is the source of light. Waist lens refracts the light in the plane perpendicular to the rotation axis and radiate it evenly in all directions. 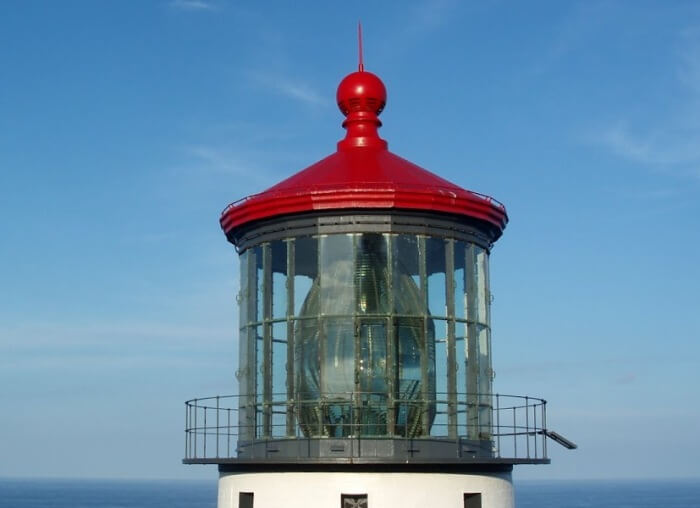 The Fresnel lens can replace both spherical and cylindrical lenses and other optical parts, for example, prisms.

She can concentrate the flow of light in one direction (in this case the light beams emerge parallel to each other), and focusing the beams of light at one point.

The use of Fresnel lens:

Fresnel lens used in lighting and optical devices and appliances.

Also, the Fresnel lens can be used in solar collectorsto generate steam and to power the Stirling engine.