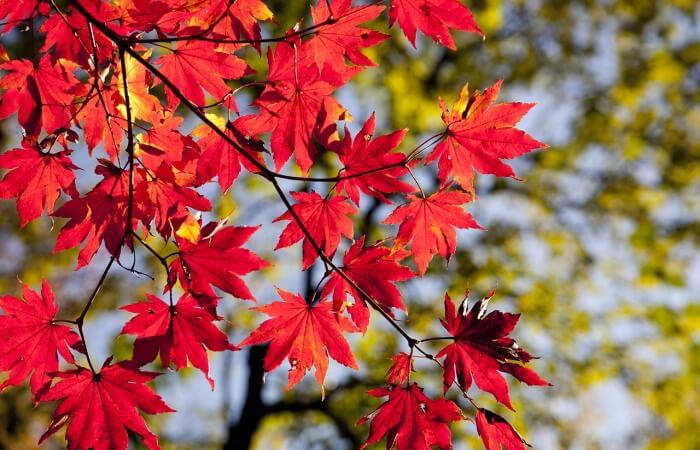 Biofuels, types, distribution, production and use.

Biofuels are fuels derived from biomass (animal or vegetable raw materials, as well as from biological wastes) as a result of thermochemical or biological reactions.

Biofuels as an alternative energy source

The effect of using fuels of biological origin on the environment

Biofuels as an alternative energy source:

Before mankind was always acutely the question of finding cheap energy sources, which did not require excessive costs. The problem of the use of energy, particularly acute in the XX century, when it became clear that the mindless burning of hydrocarbons will lead to the further decline of their earthly stocks. Scientists came to the conclusion that the oil and gas reserves will eventually dry up and development costs of new fields will increase substantially, because you have to attract more technology and production capacity. During this period, dramatically worsened the ecology, sensitive to the disappearing forest cover and continuing pollution of the atmosphere, subsoil and water.

Increased urgency of finding alternative sources of thermal energy, which could replace natural gas and oil. And such an effective direction, along with solar energy, wind energy was the use of energy sources of biological origin (biofuels).

Under the fuel of biological origin (biofuels) should understand the product, synthesized from animal or vegetable raw materials, as well as from biological wastes, which under appropriate pressure, it emits heat energy.

Among other formulations of the definition of biofuels is also found as follows: “Biofuels are fuels derived from biomass as a result of the thermochemical or biological reaction.”

54-60 % of biofuels are its traditional forms: firewood, crop residues and dried dung for heating homes and cooking. They are used 38 % of the population.

The fuels of biological origin are classified depending on the aggregate state and for supplies of raw materials to one of the three generations.

To the raw material of the 1st generation includes the classic crops, e.g. sugar beets.

To the raw material of the 2nd generation are wood, grass and inedible remains of cultivated plants containing cellulose or lignin.

To the raw materials of the 3rd generation are fast-growing algae with maximum oil content. These cultures are cultivated in artificial ponds.

Given the aggregate state – fuel of biological origin can be in liquid, solid or gaseous state.

The most common form of biofuel, of course, is solid biomass.

A solid mass is presented in the form of fuel briquettes and pellets, fuel peat, biochar, wood chips and firewood.

A liquid (engine) fuel – a product of processing of vegetable raw materials, which ensures the operation of internal combustion engines. These include: bioethanol, biomethanol, biodiesel, biobutanol, dimethyl ether.

For obtaining briquettes of biowaste is widely used technology for processing poultry litter and manure. This biomass is pre-dried and compressed into briquettes. Subsequently prepared fuel briquettes are used for heating of residential premises and factory shops.

Pellets produced from wood waste, walnut shells, sunflower husks, sawdust, bark and chips. At the initial stage of processing, biomass, ground to flour goes into the dryer, then under the press. In conditions of high pressure and high temperature environment stands out natural polymer lignin, which exhibits adhesive properties. At the output of the fuel cylinder that has the least percentage ash content (3 %).

The technology of producing fuel peat particular complexity is no different. The extracted peat is transported to a processing plant where it is screened, dried and then pressed into briquettes. Subsequently, peat briquettes are used for heating of country houses and industrial premises.

Biochar – the end product of heating wood and plant residues without oxygen. The chemical process of annealing of wood is called pyrolysis. The West actively practiced technology torrefaction (annealing wood pulp) at the output which will make biofuel pellets with maximum volumetric heat content.

Firewood is now considered one of the most popular types of fuel of biological origin. To obtain large amounts of firewood are planted energy forests, which is associated with growing forests, shrubs and grasses (acacia, poplar, corn). The planting of biotech crops, tend to perform staggered or square-cluster method. Often, practiced landing in the aisle of trees growing other agricultural crops (combined method). From the moment of landing to a full cut of a tree or vegetable crops should take at least 4-6 years. In developed countries, practiced in the service of entire plantations of fast-growing poplar and willow. In North India allocated a huge area for planting eucalyptus and poplar. The main purpose of these activities is the receipt of large amounts of environmentally friendly and energy-fuel for heating and closed industrial sites.

Bioethanol is a classic biofuel substitutes for gasoline, which occupies a leading position in the list of motor fuels of biological origin. The main application of bioethanol – a fuel for the operation of engines of cars, but in recent years the product is used as biofuel for home fireplaces.

In mixture with gasoline, ethanol has many advantages: improves engine power, it does not overheat during operation, does not produce soot and the soot does not emit smoke.

For the production of ethanol is taken raw materials containing starch, sugar or cellulose, the latter option is the most cost-effective.

At the moment there are two ways to obtain bioethanol: alcohol fermentation (microbiological method) and hydration of ethylene (synthetic method).

When carrying out the reaction of fermentation, is obtained a 15% solution of ethanol, which subsequently passes through several stages of purification and concentration by distillation.

Industrially ethanol is produced by the process of hydrolysis of cellulose-containing raw material (sawdust, straw). The resulting mixture is subsequently subjected to alcoholic fermentation.

Biomethanol use as a motor fuel for engines of internal combustion. Overall share usage of the product as fuel for cars and trucks is 20 %. On the basis of biomethanol today created a unique coal slurry “Metall”, which is alternative to the use of fuel oil, but unlike it has a higher energy content and does not require the use of special boilers. Among the striking advantages of this product include: small emission of carbon dioxide into the atmosphere and the possibility to recycle organic waste. The disadvantages should include: the presence of colorless flame that can create an emergency situation and etching of the inner cavity of the carburetor and aluminum systems.

Production technology of biomethanol at the moment is clearly not in place. Promising direction is the process of obtaining the product from phytoplankton, via biochemical conversion of feedstock. The conversion process involves the fermentation of biomass, and then the direct oxidation of methane.

The advantages of this technology are obvious: it does not require fresh water and soil. Phytoplankton has a good energy return and has a high productivity.

Scope of biomethanol is not limited to the automotive industry – the product is also widely used in chemical industry to produce methylamines, formaldehyde, solvents, it is added to antifreeze and natural gas.

Biodiesel – a product of biological origin based on animal and vegetable fats (oils) and their derivatives.

Biodiesel has many advantages:

a) excellent lubricating quality of the product significantly extend the life of engines of internal combustion;

b) completely disintegrates when hit into the soil without causing harm to animals and plants;

C) does not contain sulphur unlike diesel fuel;

d) residual component of biodiesel production – oil cake can be used as feed for livestock.

For the production of biodiesel in different countries use rapeseed and its varieties, soya, castor, coconut and palm oil plant jatropha of the family Euphorbiaceae.

In recent years, scientists are working on improving the technology for obtaining biodiesel from algae. Experts estimate that one acre of land to 2400 liters of palm oil, and water surface – 3570 barrels of biofuel (where one barrel is equivalent to 150 liters).

Dimethyl ether – identified with the fuel of biological origin, which meets all the requirements of environmentally friendly product that does not require additional stages of cleaning. Cars with internal combustion engines running on dimethyl ether, produces the flagship of domestic automotive industry “KAMAZ” Chinese manufacturer “SAIC Motor”, European corporations Volvo and Nissan.

Biogas, often acts as a substitute for natural gas and is a mixture of methane and carbon dioxide. From biogas can also receive electric energy or use the finished product as fuel. The technology of biogas production involves the breakdown of complex organic compounds under the influence of bacteria. This process is called methane fermentation. The end product is methane fermentation biogas and organic fertilizer.

Raw materials for the industrial production of biogas is a broad list of organic waste:

– wastes from the production of biodiesel;

A key objective of biogas plants is to improve the environment by recycling decaying waste with the subsequent receipt of organic fertilizers. Only after completing the above tasks, the goal is to get the available electrical and thermal energy.

Biogas plants are built on poultry farms, meat processing plants, beverage production, and have the status of highly efficient sewage treatment plants. Modern biogas plant could replace sanitary and veterinary plant, which is processing fell into meat and bone meal to produce biogas. In the current reality, at least half of the European poultry farms are heated by biogas. One ton of cattle manure you can get up to 65 cubic meters of biogas. Some of the major manufacturers in Europe have already established an Assembly of buses running on biogas.

When the biochemical method of influence – the process of splitting biomass initiated by specific bacteria. In the thermochemical method, biomass is heated to 800°C without oxygen. In the reaction of biomass is allocated H2, CO and CH4.

Hydrogen can also be produced from sewage or seawater in certain types of green algae (e.g., Chlamydomonas reinhardtii).

Industrial scale application of hydrogen is limited, because contact with air formed an explosive mixture which is highly explosive.

The effect of using fuels of biological origin in the environment:

In many countries the demand of fuel of biological origin. In their pursuit of profit, most suppliers of wood pellets are increasing the volume of trade, thereby contributing to deforestation and other green spaces.

Intrigue still remains the issue of the carbon neutrality of bioenergy scientists argue whether there is a risk that adding CO2 to the atmosphere or the proportion of such emissions will not affect the natural balance.

In some Asian countries because of ill-conceived government actions, in connection with the withdrawal of agricultural land from circulation, and release them under energy crops there is an acute shortage of food.